Good evening and welcome to my daily sports updates. Tap on the follow link on the top right corner if you haven't done so to receive more news updates. Welcome. 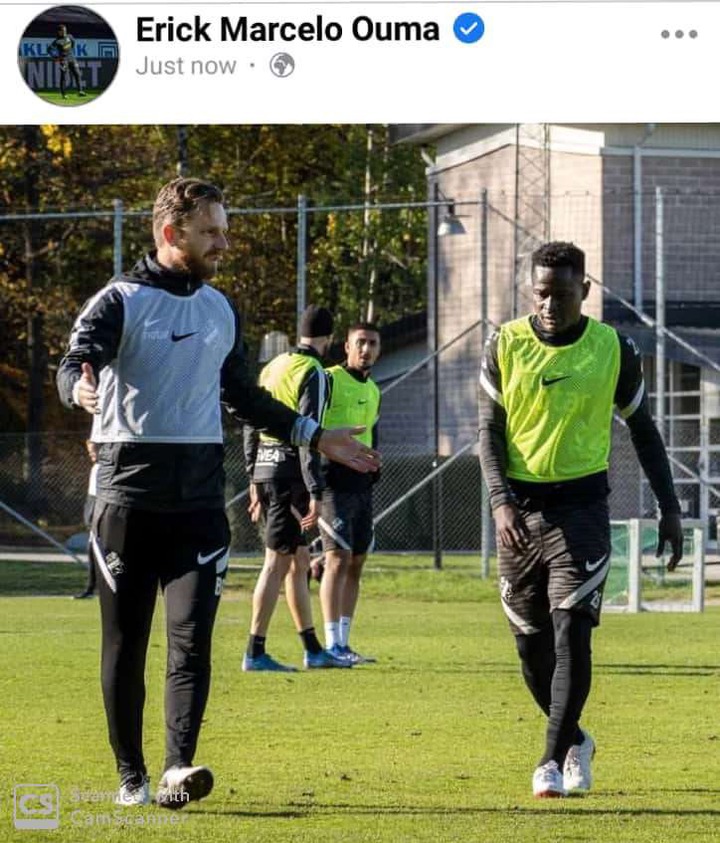 Harambee stars defender Eric Otieno Ouma has been outstanding for his club AIK in the Swedish Allvenskan this season. The Kenyan as so far scored a goal and assisted in a number of matches. His achievements have seen him win the man of the match accolade in their last outing despite losing against Hammarby. Ouma has so far hit the ground running again as he prepares for the next match. Posting on his facebook account, the Kenyan was seen running under a close eye of his trainer and could be a player expected to help his side again.

He is rated as the fastest player in his club AIK and was previously scouted by European giants Manchester City and Leicester City. If he continues with his exploits, kenyans could see him feature in one of the best leagues in the world. Elsewhere, another Kenyan player Brian Mandela featured for 90 minutes in South Africa as his side Mamelodi Soundowns won the match 1.0 against Golden Arrows . 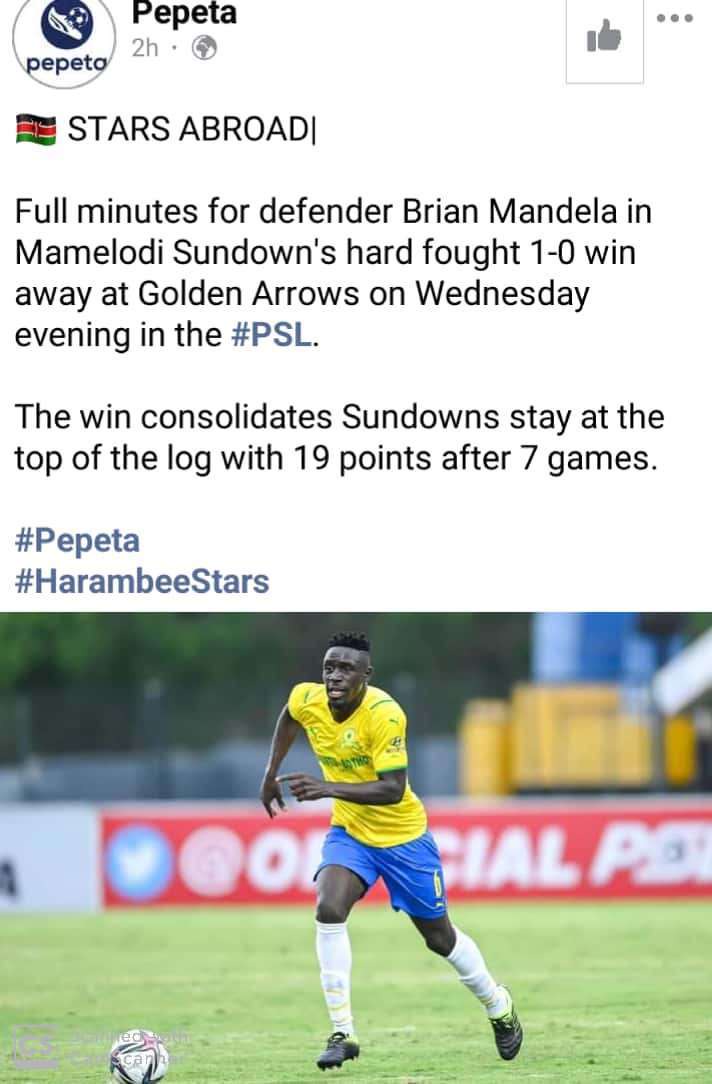 Mandela has so far recovered from a knee injury and could cement his position in the club. He has so far played in the two matches one in the CAF champions league.

We wish the two players all the best ahead of the next matches.