By TabbsMaggie (self meida writer) | 13 days

It's a sad morning for Hustler Nation Movement followers in Kiambaa after the much awaited football tournament that was organized by United Democratic Alliance Party's candidate Njuguna Wanjiku in Kiambaa Constituency has been banned. According to the digital strategist Dennis Itumbi, who is the Hustler Nation Movement self proclaimed spokesperson, they obtained permit from the respective authority to hold that tournament days ago. However, it seems Politics has played a role because barely hours before the tournament starts, police have cancelled it. 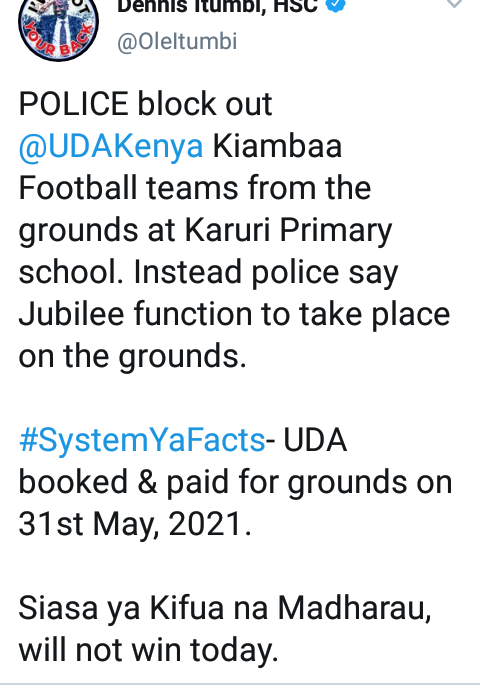 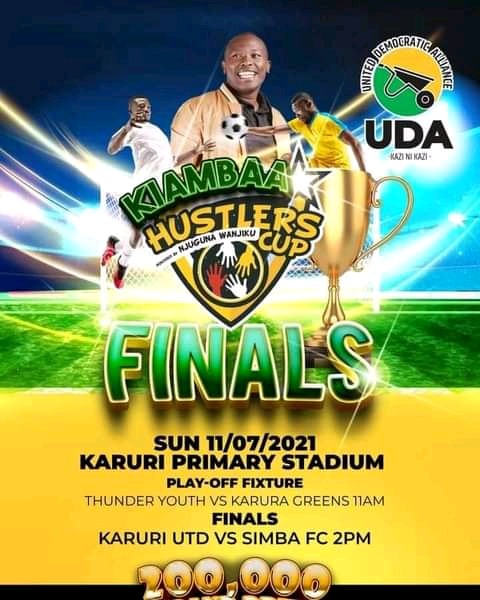 The football tournament was supposed to be held at Karuri grounds on Sunday 11th. The tournament was bringing four teams. The play off fixtures were between Thunder Youths and Karura Greens while the final were to be between Karuri United and Simba FC at 2:00pm. How according to the information provided by former Statehouse employee Dennis Itumbi police officers are allegedly blocking these football teams from accessing the ground to be used. The Karuri ground Will therefore be used by Jubillee Party to hold it's function.

"Ruto is Not Your Equal, Your Name is Stinking" Joho Lectured by Angry Mombasa MP