Arsenal will have to rethink their earlier plan of signing Marquinhos from Sau Paulo after it was revealed that the club’s chairman Rogerio Ceni is planning to report Arsenal to FIFA. Apparently, Arsenal violated some of the rules regarding early transfers and the 45 year old is planning to use that case to block Arsenal from signing the player. Marquinhos had already agreed with Arsenal on personal terms about two weeks ago but the move was temporarily halted after Arsenal informed the Brazilian club about the transfer. 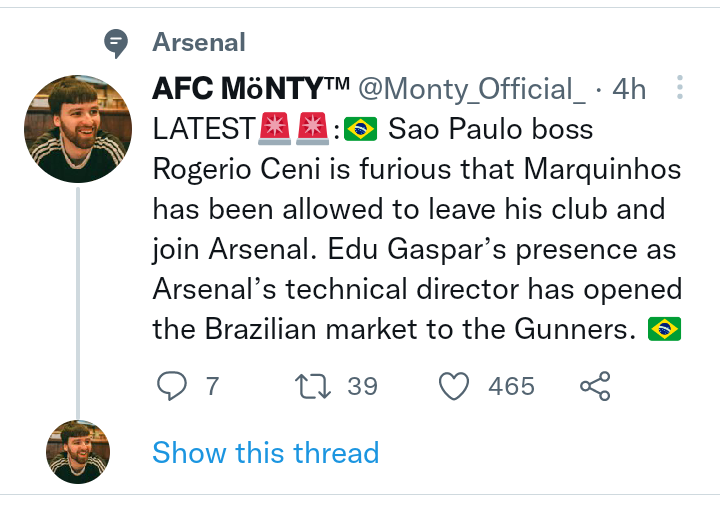 Because of this, Edu Gasper is currently under a lot of heat from the club’s executives. He has been instructed to clear up the misunderstanding without dragging Arsenal’s name through the mud.

Apparently, Arsenal have set their sights firm on signing Inter Milan defender Federico Dimarco in the summer. Inter Milan have already been informed of this potential transfer and have accordingly kicked off preparations for the inevitable move. Chelsea’s Marcos Alonso has once again been revisited as a central topic by the Italian giants and is seriously considered as the perfect replacement for the 24 year old. 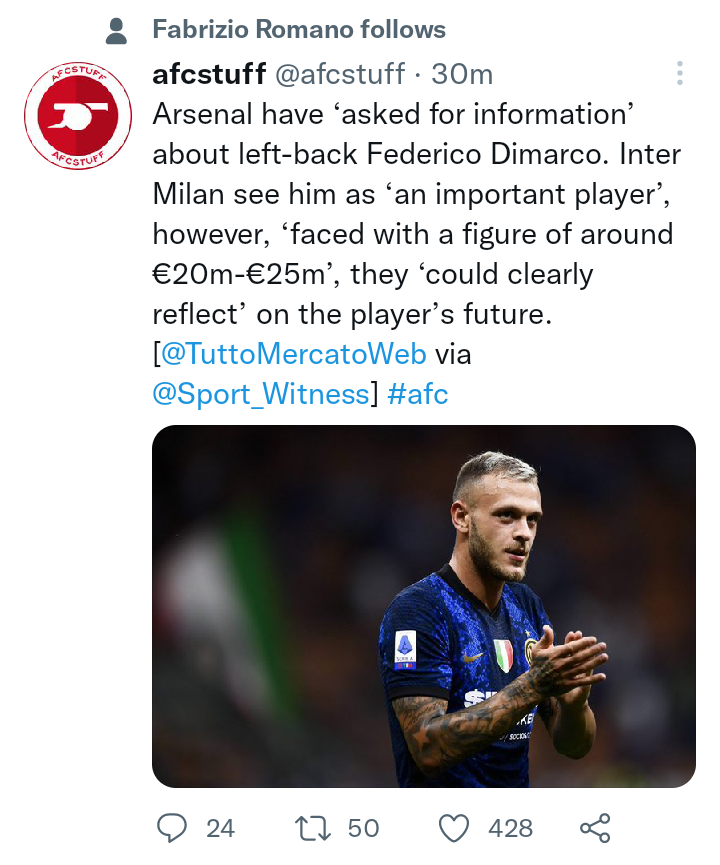 Arsenal scouts have already flown to Italy and have been holding meetings with the players agent. A source close to the player has disclosed that the player is fancying a move to Arsenal and is already hatching a plan of how he can leave the club in the summer. Mikel Arteta is adamant is cementing his defense and Dimarco’s resilience could really up the game for the Gunners.

Thomas Partey will most likely be left out of Ghana’s National team squad that will be announced tomorrow after Arsenal wrote a letter to the Ghanaian FA asking them to sideline Partey so that he can focus on his recovery. It is not quite clear how the 28 year old has taken the news but since Arsenal are paying the player, Ghana will have to listen. 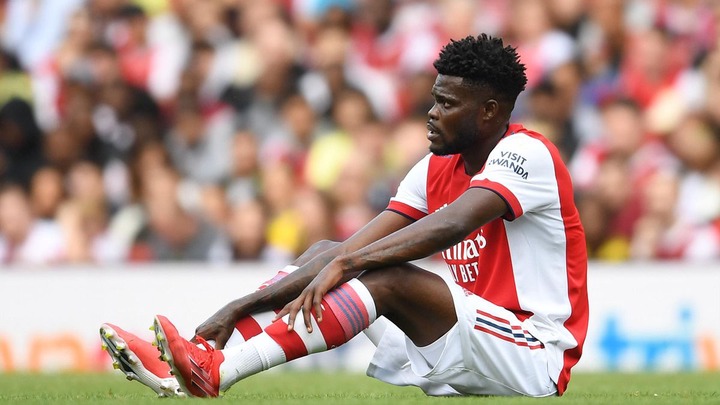