AFC Leopards new office has its work cut out 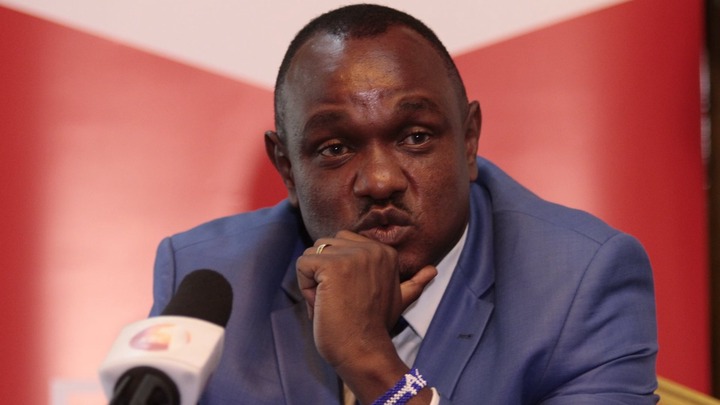 AFC Leopard’s new office from the recently-conducted polls that consists of Dan Shikanda at the helm as the chairman, Gilbert Andugu as the Secretary General, and Oliver Napali in the money docket, has a tough task to drive the club forward; in all aspects, from their performance on the field to their financial performance.

The blend of new faces to the executive and the experience of Shikanda from the previous office, at the helm still, should be of great help to the club for this tenure and they have to get it right from the office before the same can be transferred to the field in an attempt to end the 24-year-old premier league trophy drought.

Whereas the Chairman hinted at commencing stadium ownership for the club, that perhaps is a secondary approach but it is a welcome move all the same for the long run.

The 12-time champions must get some basic things right first in their awakening journey, and the current office is in a position to steer the club towards that and ensure stability first, then prosperity.

While a lot of focus needs to be put on the club’s sources of income, equal attention should also be given to the other side of the cash flows statement; the expenditure.

Shikanda and co have a task to ensure they help the club run seamlessly throughout the season without facing financial disruptions.

Ingwe have gone for eight consecutive years without ending a financial year with a surplus, the last time they did not have a deficit was in 2013, according to their previous audited reports.

One of their lowest points financially was in 2019 when they recorded a deficit of Ksh 32,577,177 but they have since managed to bring the figure down in the subsequent years, albeit slightly, even amidst a pandemic.

The executive needs to streamline ways in which the club will be able to improve their income in various dockets during their time in charge.

While they might not have total control over some of the sources, they can influence greatly most other revenue streams.

Membership fees, gate collections, and merchandise sales are three areas that the Shikanda-led office should maximize to see them hit their full potential.

Gate collections for instance have been on a downward spiral since 2012 when the club realized Ksh 14,692,001, the highest amount from that specific stream for the past decade. The dwindling amounts from gate collection have in turn coincided with the increase in the deficit in the years that followed.

Leopards had the best attendance for the better part of the 2021/2022 campaign and it remains to be seen whether the same will reflect in the financials at the end of the year. However, there are still miles to cover to optimize on gate collection going into the 2022/2023 campaign.

If the club can manage to mobilize 10,000 fans in each of their home matches with a flat rate of Ksh 200 per ticket, it would roughly translate to Ksh 2M per match and Ksh 34M per season in an 18-team league.

The amount realized from membership fees and merchandise sales has not hit the optimum either and this is an area that should be utilized fully.

One would expect the amount received from merchandise sales to be directly proportional to that of that realized from membership fees but in a couple of instances that relationship has been inverse. Perhaps, previously the management and shirt sponsors have not been availing enough jerseys for the registered members or unauthorized dealers have been taking the opportunity to create fake replicas and sell them to the Ingwe faithfuls at the expense of the club.

Past midway through 2021, a good number of AFC Leopards players left the club, for free. This would have been a chance for the club to rake in some good money from the sale of these players considering their ability at the time. But for a couple of these players, the club had not met their contractual obligations and thus the players had the right to leave on the bossman's rule.

The current office should strive to always engage players and meet their contractual agreement to avoid such scenarios. They stand to benefit when such players make moves either to other clubs within the country, but mostly when they move abroad.

That will also have a ripple effect on the fines and penalties the club has to part with as a result of not fulfilling their end of the bargain with their former players and or coaches.

Ingwe is currently serving a FIFA ban and are not allowed to sign players for two windows, all as a result of the above.

Last year alone, if the club had avoided penalties and fines, they would have cut their deficit for the year by over Ksh 10M, and could have made a good amount from the sale of some of the players who left for free.

Thus, striking a balance by increasing income and doing away with some expenditures where necessary will help the club stabilize financially, creating a platform for success in the near future.

Opinion: Kalonzo's Prophecy on Raila Losing Presidency If He Doesn't Pick Him as Running Mate Come to Pass