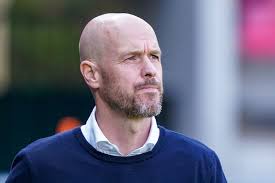 Jesse Lingard's free agency departure from Manchester United this summer was unquestionably a financial blow to the club that could have been avoided. The Red Devils, on the other hand, do not appear to have learned their lesson, as Erik ten Hag appears to be on his way to repeating his predecessors' blunders.

Lingard prospered on loan at West Ham last season, so it's no surprise that David Moyes' team wanted to make the deal permanent last summer. Their bids, however, were turned down.

Ole Gunnar Solskjaer insisted that Lingard will be a part of his plans for the season, even though he barely played before the Norwegian was fired. However, when transfer interest returned in January to try to strike a deal for the Red Devils academy product before his contract expired, it was the same old story – despite the player signalling his intentions by refusing to renew his contract – and false promises resulted in United losing an £18 million player for free.

Likewise, if Ten Hag does not play his cards well, he may lose Andreas Pereira for nothing next season instead of boosting his transfer budget this summer. The Brazilian wants to make his loan move to Flamengo permanent, but according to ESPN, if that deal goes through, the new boss wants the midfielder to return to Old Trafford and join his side.