By TheDailyScoop.com (self media writer) | 25 days ago 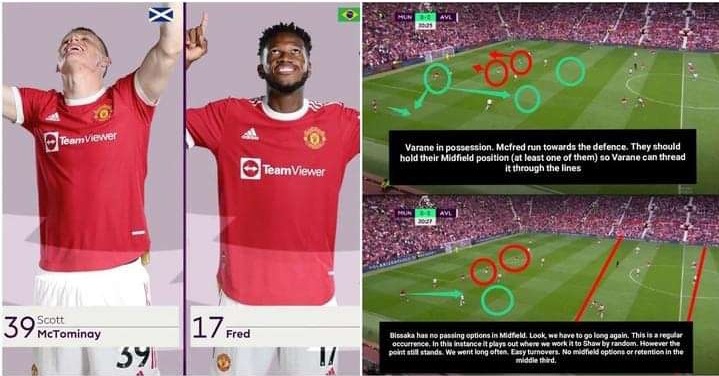 Manchester United have several midfield options at the club, Ole Gunnar Solskjaer is over reliant on Fred Rodriguez and Scott McTominay who are not performing as expected.

With Fred and Scott McTominay operating in the midfield, they play as number eights which exposes their defenders while playing the ball from behind. 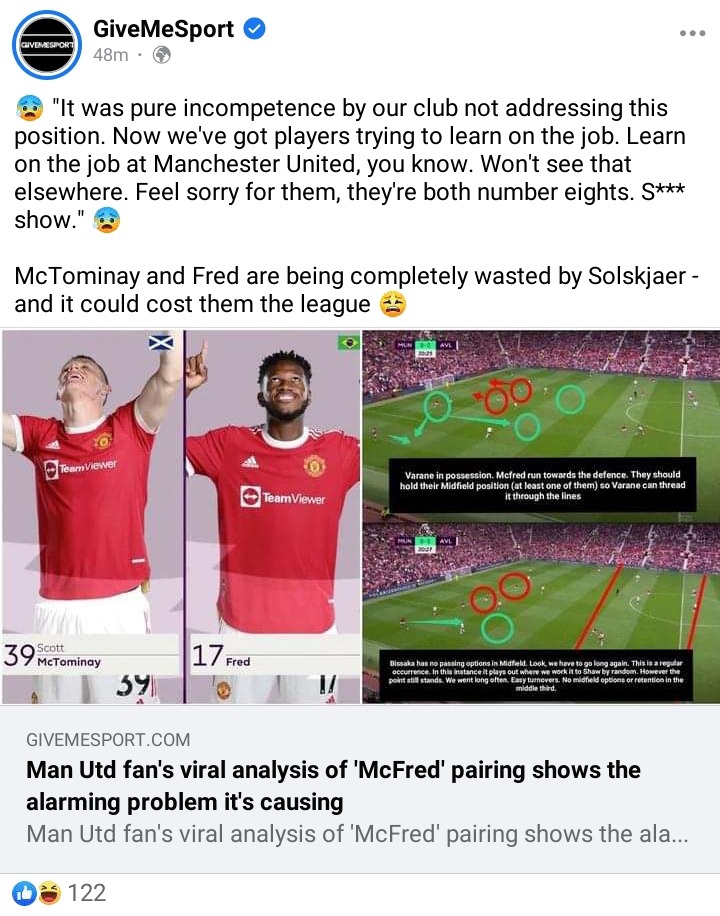 One Manchester United fan created a critical analysis on how Fred and McTominay pairing is failing the club and causes exposure to the other players who have to play long balls.

According to the analysis, when either Aaron Wan Bissaka or Raphael Varane got in possession of the ball, Scott McTominay and Fred dropped back to the defense which made it harder for the two defenders to shift the ball to midfield because there was no one. 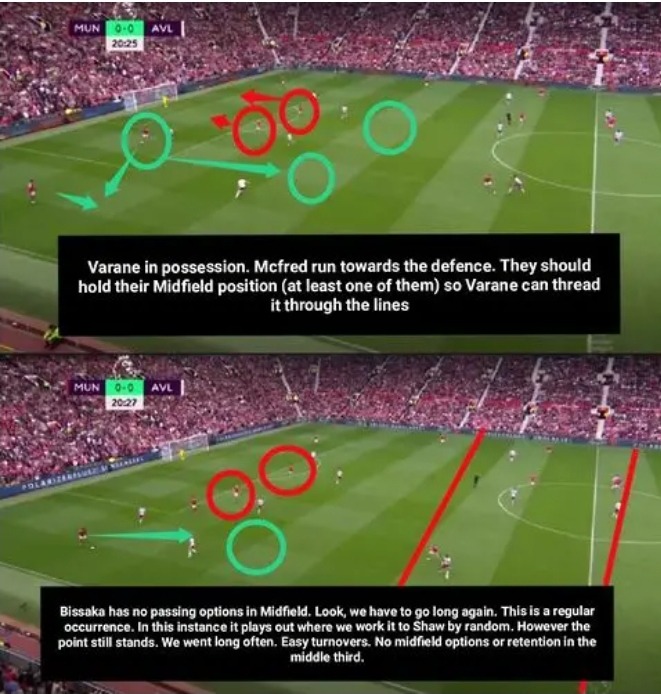 "It was pure incompetence by our club not addressing this position. Now we've got players trying to learn on the job. Learn on the job at Manchester United you know.

Won't see that elsewhere. Feel sorry for them, they're both number eights." The Manchester United fan explained.

Ole Gunnar Solskjaer and the Manchester United board overlooked the midfield during the summer transfer window, with the manager still not willing to utilise Donny Van De Beek in the position which could be solved.