By Kelvic (self media writer) | 6 months ago

The club has tried to replace them by varieties of players but all in vain. Today the club has completed the signing of Borussia Dortmund star Jodan Sancho. 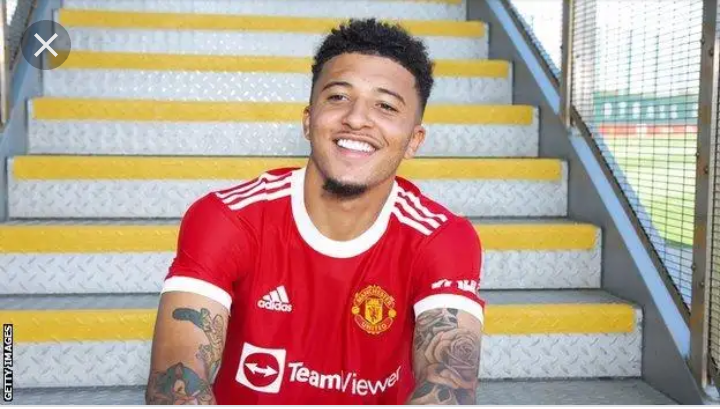 Today the club has confirmed the signing of Sancho who signed five years which will keep the super star at the club until June 2026. The is also of the options for extending the contract.

Sancho, 21, scored 50 goals and registered 64 assists in four seasons with Borussia Dortmund. The England International was part of the squad that reached the final of Euro 2020.

JadonSancho said:’ll always be grateful to Dortmund for giving me the opportunity to play first team football, although I always knew that I would return to England one day. The chance to join Manchester United is a dream come true and I just cannot wait to perform in the Premier League. This is a young and exciting squad and I know, together, we can develop into something special to bring the success that the fans deserve. I am looking forward to working with the Manager and his coaching team to further develop my game.” 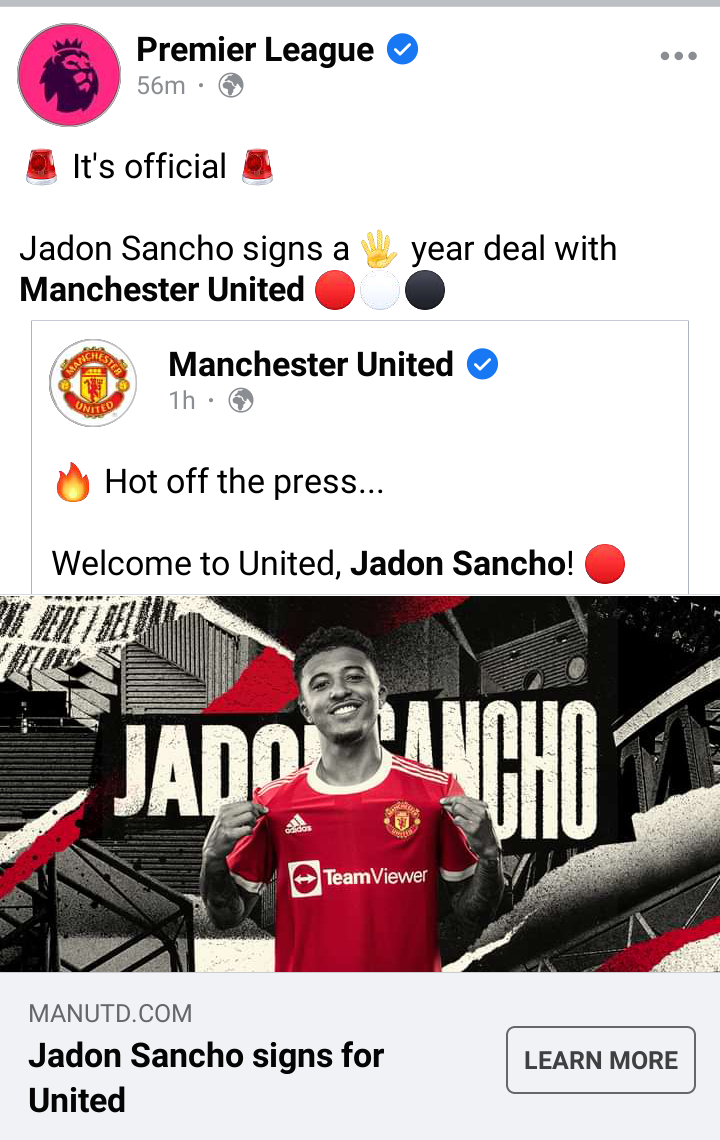 "Jadon epitomises the type of player I want to bring to the club, he is a forward player in the best traditions of Manchester United," said Solskjaer.

"He will form an integral part of my squad for years to come and we look forward to seeing him blossom," the United manager added.

"His goals and assists records speak for themselves and he will also bring tremendous pace, flair and creativity to the team.

"Old Trafford will give him the platform he needs to release his untapped talent and perform at the highest level.

"For a player of his age, Jadon has already achieved a great deal and showed the courage to go and prove himself abroad."