Chippa United have their chance to rise from the relegation zone in PSL when they play host to Bloemfontein Celtic. They are placed 15th at the moment, with 25 points and take on 11th placed Celtic, who have managed 28 points so far.

Chippa had a great run in the Nedbank Cup but failed to TTM in the final and they need to rise fast from this disappointment. They have a good league run in the last few matches, going four unbeaten with two wins and as many draws. 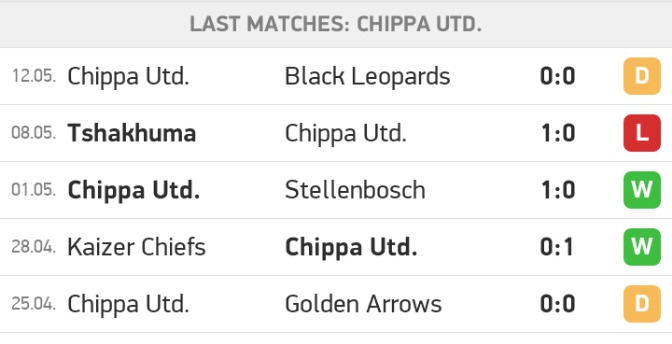 They have also managed to keep clean sheets in the four games, although failed to score in two of them. None of their previous five league meetings has produced over 2.5 goals and Chippa haven’t scored more than a goal in seven. They’ve actually failed to net in six of their last eleven matches.

Celtic are in a poorer formation going to this competition; they are coming from a 0-0 draw with Cape Town City, which marked a sixth straight winless outing in the league, though they have one loss only in that time. 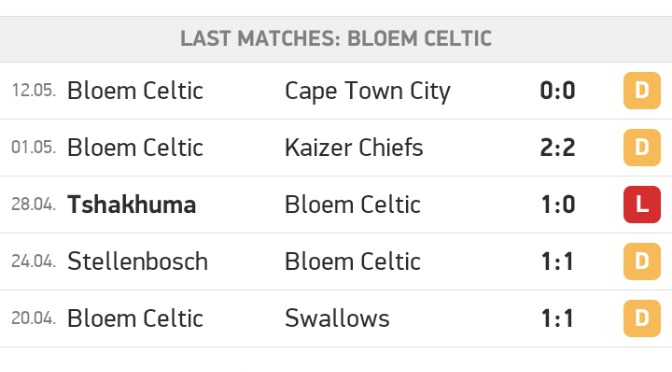 The victory over TS Galaxy was the only win they have managed in the past twelve league competitives and just two of them have delivered over 2.5 goals. Celtic have scored more than a goal in two of the 12 matches and have failed to score completely in four.

They need one more point to rise beyond automatic relegation but a win here will guarantee survival. The meeting has been predicted to end in under 2.5 total goals.