"He Can Do Everything Except..." Paul Pogba Explains Bruno Fernandez Weakness At Manchester United

By TheDailyScoop.com (self meida writer) | 18 days 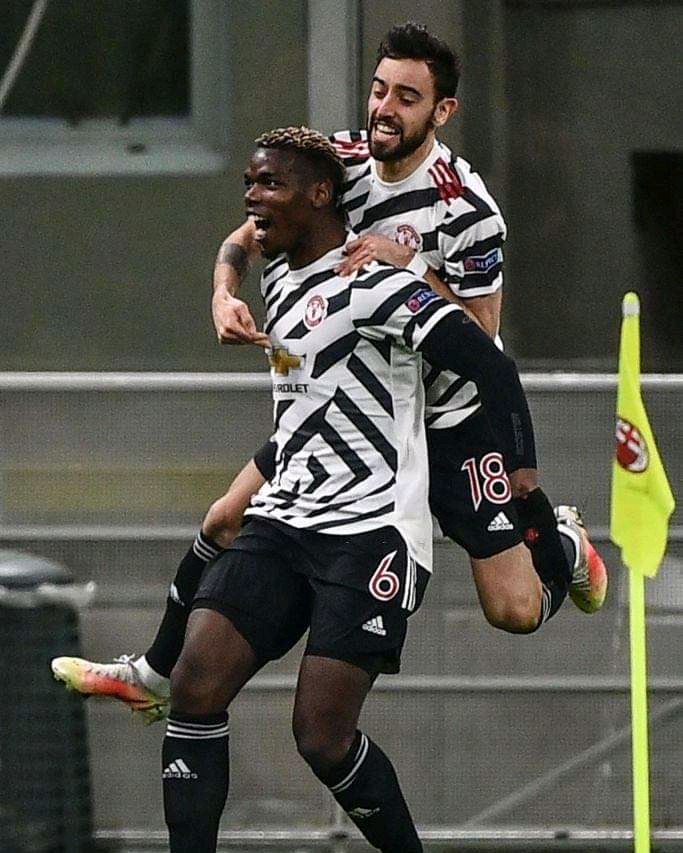 Manchester United have been in great form since Ole Gunnar Solskjaer begun playing Paul Pogba and Bruno Fernandez together in his midfield.

When Bruno Fernandez joined the Red Devils, Paul Pogba was raving about him and claimed to be looking forward to play with him after he recovered from an injury.

However, after he recovered from the injury, football was suspended due to the Covid-19 pandemic but this season the two have been linking well in the United midfield.

Speaking about his teammate and the influence he has made for the club, Paul Pogba praised Bruno Fernandez but he also noted the weakness that he has.

Paul Pogba was quoted saying; "He’s someone who understands the game and understands the movement that can give you a beautiful pass, he can finish too. He’s all over the place, he can do everything really... except defending!

But really, it’s always a joy to play him, to understand him. He understands me as well, he can take my position, I can take his position as well. I think he suits the team, he’s a very dominant influence in our team."

The two midfield geniuses are expected to start in the match against Burnley as Manchester United push on to secure finishing second in the current 2020/2021 season.

Have you been enjoying watching Bruno and Pogba play together?

Thomas Tuchel Should Pick This Team Vs Real Madrid, as Two-Goal Attacker Starts