By Showdean (self media writer) | 1 year ago 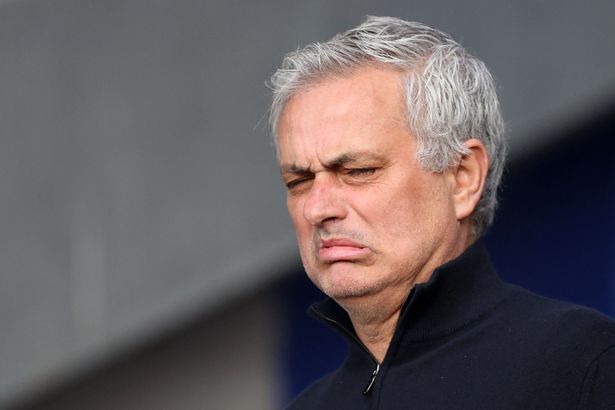 Mourinho was appointed with an aim of improving Tottenham's premier League results. However, since he was appointed the team has been performing poorly with recently following a defeat from Manchester United and a draw with Everton.

Ryan Mason is set to take over Tottenham Hotspurs until June as reported by Telegraph.

Jose Mourinho has been sacked together with his coaching staff which include: João Sacramento, Nuno Santos, Carlos Lalin, and Giovanni Cerra. 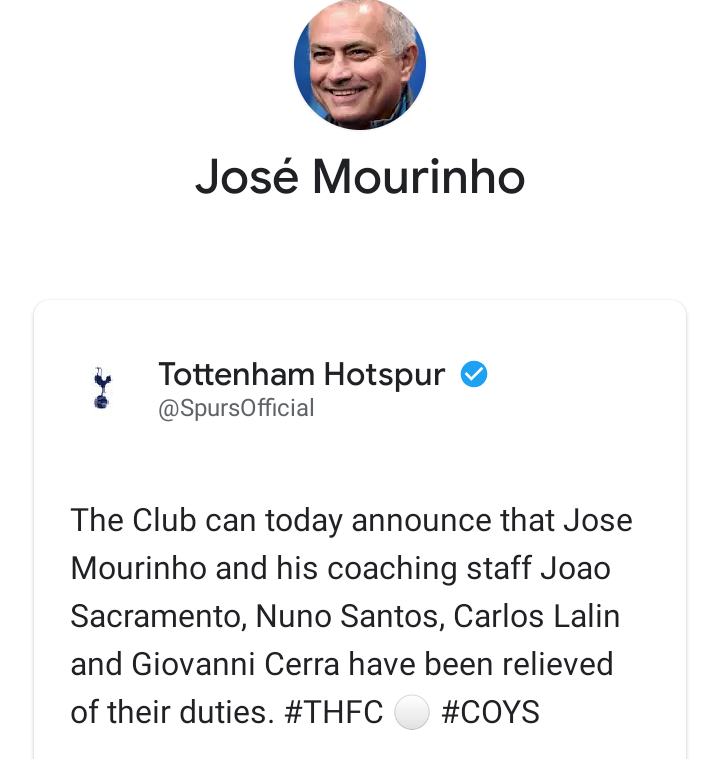 Content created and supplied by: Showdean (via Opera News )

Three Players Offered To Arsenal By Juventus For Gabriel Magalhaes