By Pathologist (self media writer) | 1 year ago 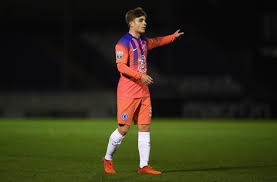 The 18-year-old was one of Chelsea's most intriguing prospects, but he turned down the option to extend his stay at the club, leaving the Blues with no choice but to sell him.Leeds United expressed their pleasure to have Bate as part of their squad.This is according to a tweet seen on their Twitter handle. 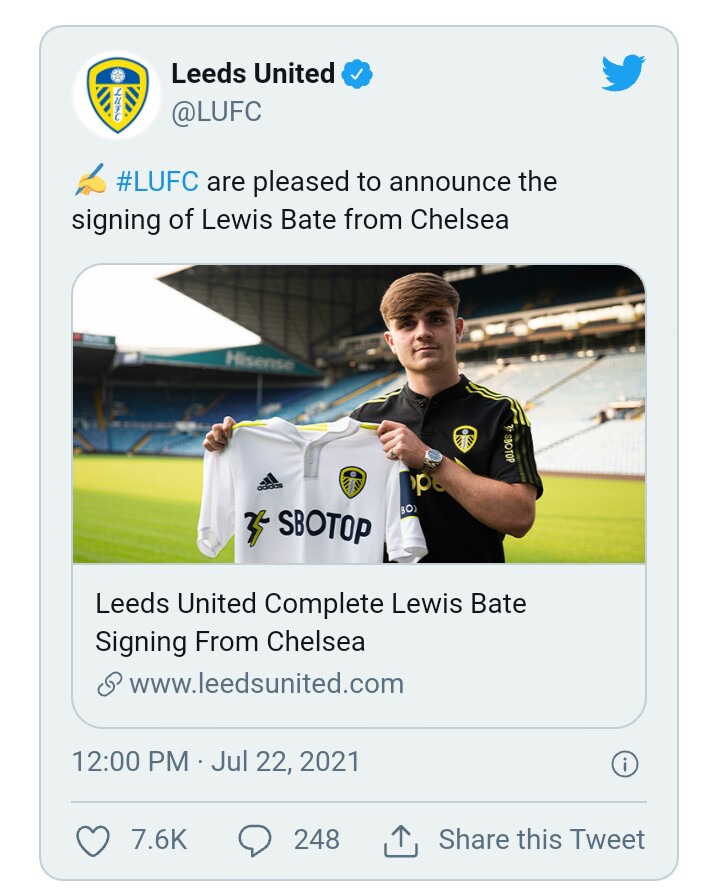 Liverpool, Southampton, and West Ham had all approached Bate in the hopes of securing his services, but Leeds announced on their official website that they had won the race for his signature.

The midfielder has signed a three-year contract with Leeds United, pledging his future to Marcelo Bielsa's club until 2024.

Bate joins the club in the hopes of getting more Premier League minutes than he would have had at Chelsea, where Jorginho, Mateo Kovacic, and N'Golo Kante were all ahead of him in the pecking order, and Billy Gilmour is also vying for minutes in the future.

Bate will begin the season with Mark Jackson's Under-23 side, but his decision to join Leeds signals that he will have the opportunity to impress Bielsa as the season goes.

Content created and supplied by: Pathologist (via Opera News )