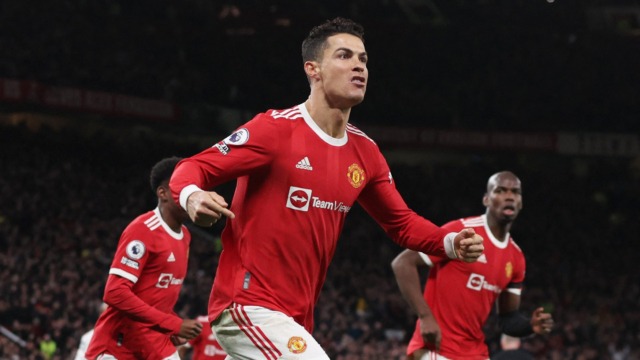 Premier League giants Manchester United is one of the most successful English teams having 20 league titles. The side has enjoyed great success over the years and produced some of the best players in Europe.

Among the Premier League legends, most of them have ever been players at Old Trafford contributing to the Red Devils becoming the team everyone knows today. These greats left behind some unbelievable legacies and records which will take years to break. 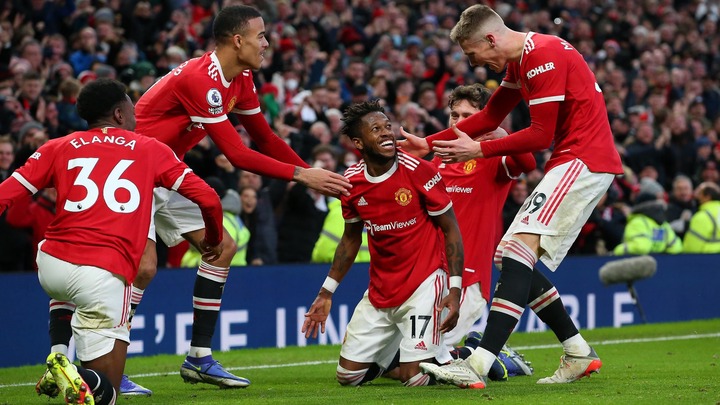 Moreover, there has been one record that was kept by a Manchester United icon and has stayed for years without getting close to being broken. Welsh international Ryan Giggs has been one the most successful players in the Premier League having won various trophies with the Red Devils

The star who played his entire career at Old Trafford has the record for most assists in Premier League history. He played at Old Trafford for 24 years winning every possible trophy at the club level.

Giggs left behind a remarkable number of 162 assists in the Premier League a record he kept after he made 963 appearances for the Red Devils. The star spent two decades at Old Trafford and became the all-time leading assist provider in England. 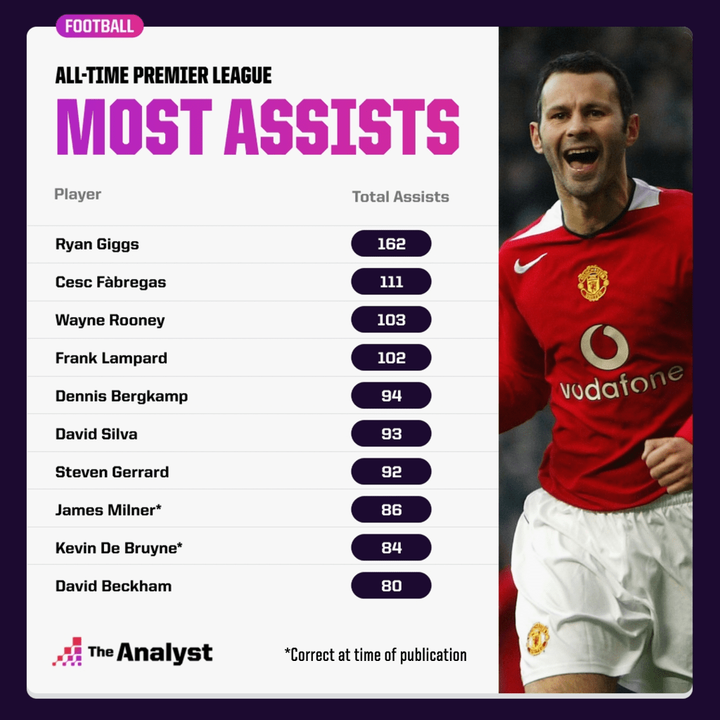 There have been some brilliant playmakers ib recent years and history of the English Premier League who have looked to break the incredible record by Giggs. The likes of Kevin de Bruyne, Cesc Fabregas, Wayne Rooney, James Milner, and David Silva among others have an incredible number of assists.

However, none of these players have ever come close to breaking the record kept by Ryan Giggs. Manchester City midfielder Kevin de Bruyne has provided 84 assists and he will need 80 more assists to break the record by Giggs. He is already 30 years old and he won't perform at his best in the next five years. 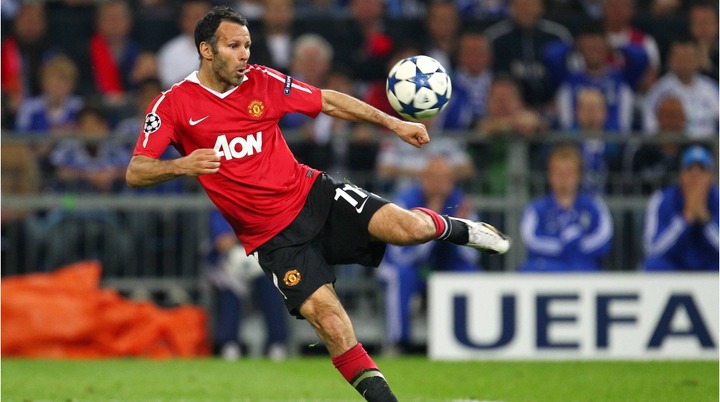