Manchester United star Cristiano Ronaldo has dropped a three-word hint o his future. In the recent few days, there has been a lot of speculations linking him with an Old Trafford exit at the end of the season. This has been majorly attributed to the fact that Machester United may not qualify for the Champions League next season. This however is likely not to be the case as cameras caught Ronaldo giving a positive gesture. 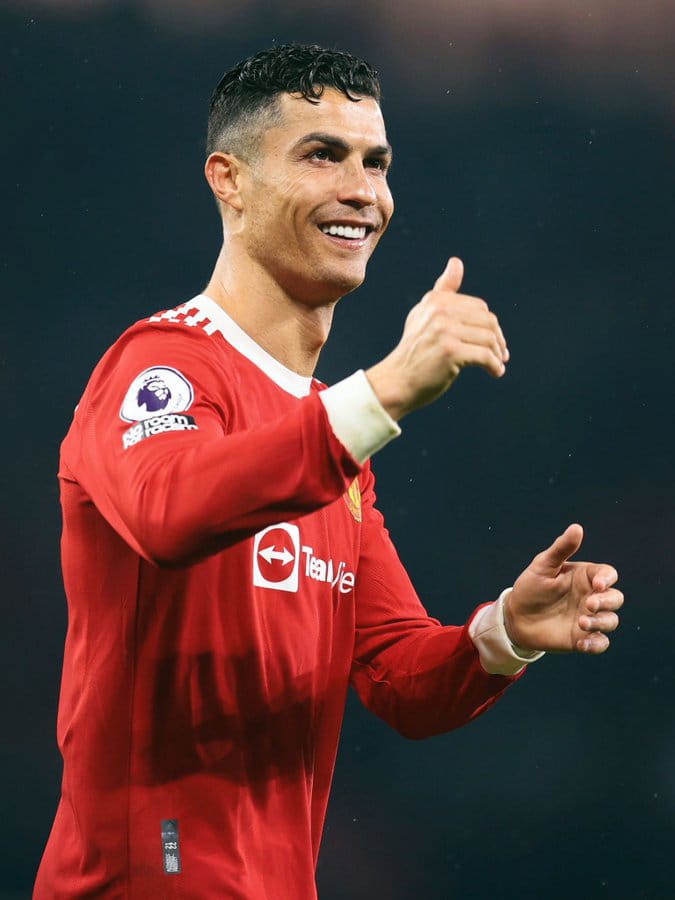 Sky Sports cameras caught Ronaldo saying “I’m not finished” which probably means that the Portuguese star is ready to remain at Old Trafford so that he can fight to take the team back to its winning ways. He has scored 24 goals this season making him Manchester united top scorer and fourth in the league. However, as Ralf Rangnick said the decision on his future will be made at the end of the season with the help of the new manager. 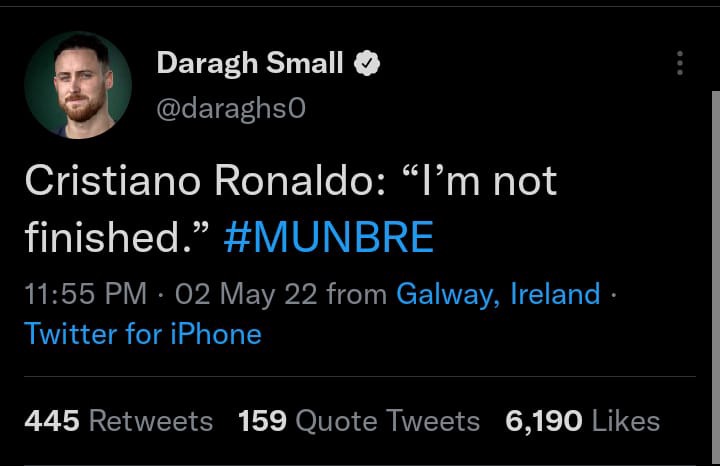 Some media outlets have been linking him with a sensational Real Madrid return but nothing yet from any reputable source. It will be very interesting to watch how Ten Hag will handle the situation as letting the Portuguese leave might upset the fans. Some pundits have already called on ten Hag to build his team around Ronaldo with Samuel Luckhurst saying "Twenty-four goals for Ronaldo back at #mufc this season. I think Ten Hag, who has West Ham reject Sebastian Haller upfront at Ajax, should be finding room for him in his United team.