Having helped Liverpool side to a comfortable 5- 0 win away to Watford, Liverpool striker Mohamed Salah has received a hype from his Manager Jurgen Klopp.

Via a post by Football transfer guru Fabrizio Romano, the Liverpool on post match interview described the Egyptian attacker as the best Player at the moment in football.

According to Klopp, Salah who is now Africa all time scorer in the premier with 104 goals from 166 games with a goal ratio of 129mins ahead of Former Chelsea striker Didier Drogba with equivariant 104goals but 169 mins per goal is of no doubt the best player at the moment.

Jurgen Klopp: "Come on, who is better than Mo Salah at the moment? There is nobody better and that is clear." 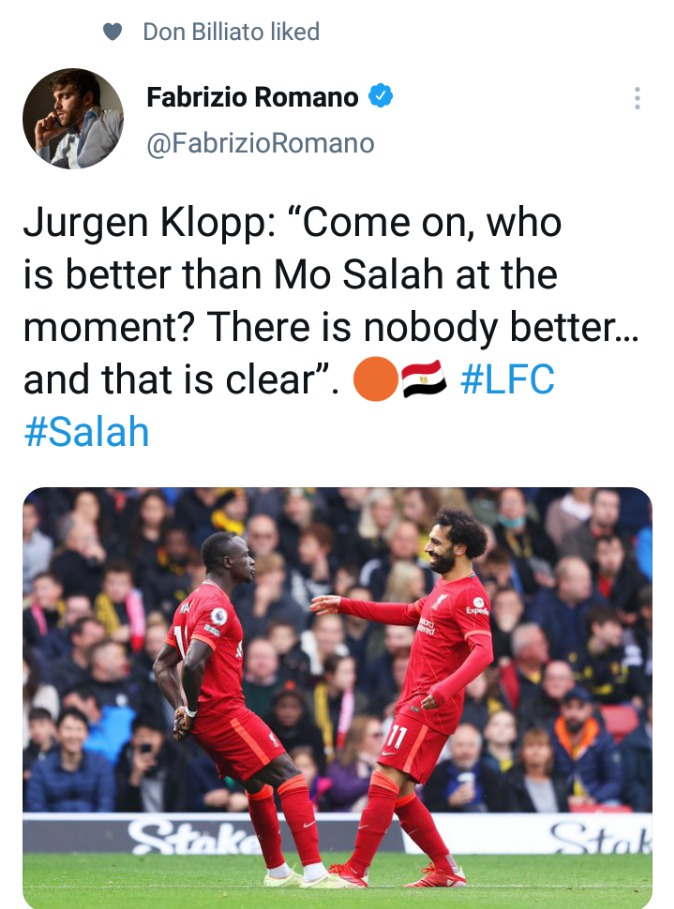 His opinion on man of the match award winner has however, subjected football fans to debate considering the current form of Real Madrid striker Karim Benzema and Manchester United attacker Christiano Ronaldo. Reactions as follows; 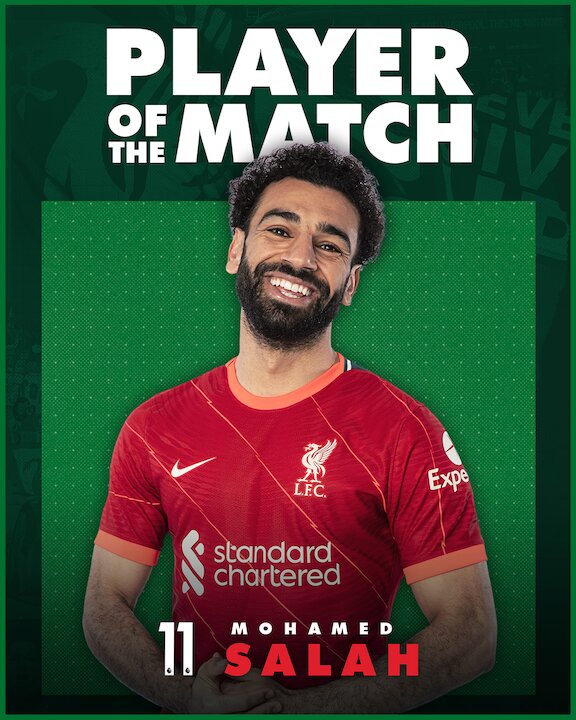 Ahmad: Agreed, at this moment Salah is better than Messi and Ronaldo. Lewandoski and Haaland are one shy away behind him.

Amro: As a Ronaldo fan it pains me to say it but Salah is by far the best player in Premier League. He is also much better dribbler and player maker than Ronaldo.

Andreas: The ratio is better. 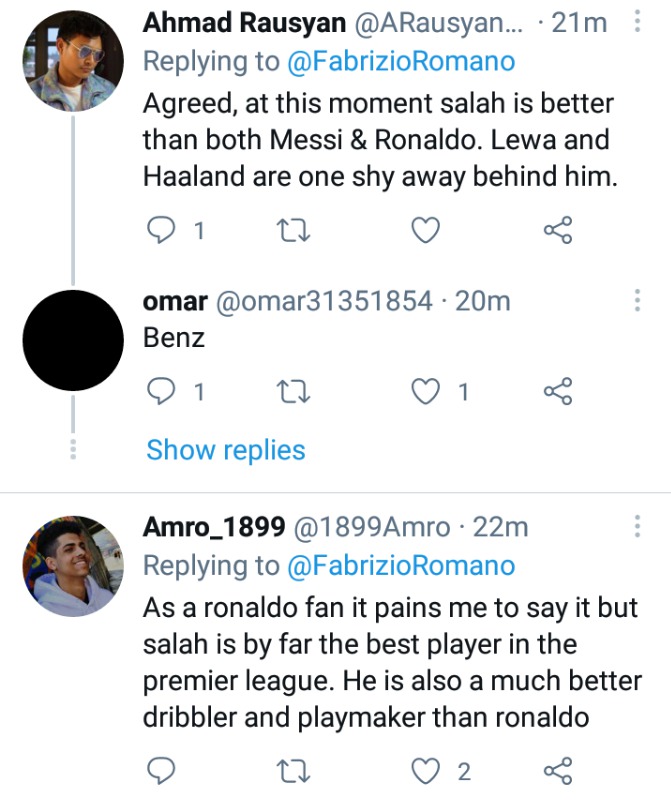 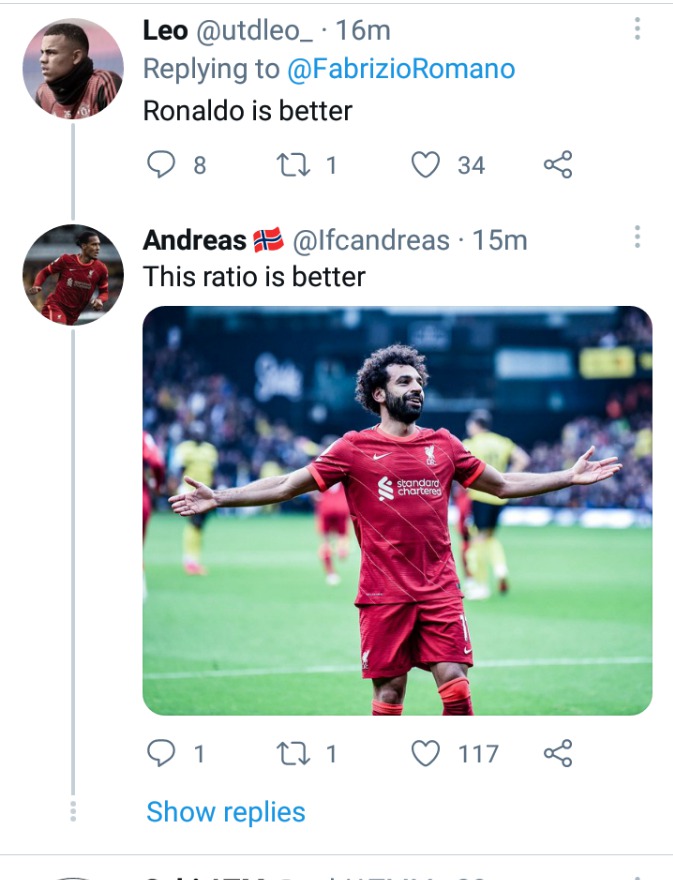 Salah scored his 7 goal of the premier league this season and assisted counterpart Mane who also netted his 100th goal in the premier league as Brazil attack Robert Firminho scores hatrick to ease the 5-0 comfortable win for Klopp's side that is now at top with 18points. 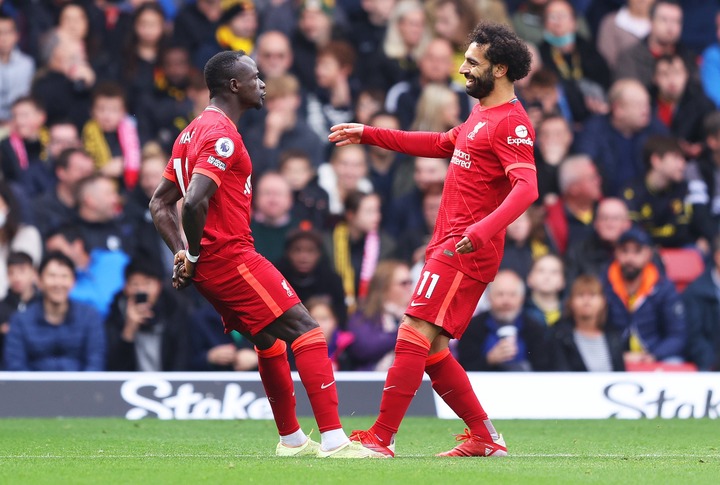