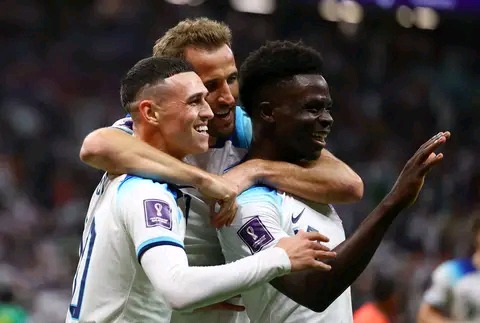 England still remains unbeaten in the world cup competition as they won two games from their three world cup group stage games before thumping Senegal in the round of 16.

They have only conceded 2 goals in the process while failing to score in their 0-0 draw against USA. This shows how they are solid in their defence as well as being lethal in the attack.

England next World Cup game will be again the defending champions France on Saturday. The French have also been so good as they have also lose on one game from the four matches they have played so far.

They reached the quarter finals after their 3-1 win against Poland. The three goals were scored by the recond break Oliver Giroud and Kylan Mbappe scoring a brace.

The French team has been so good but they may fail to beat the England side, this is due to their over-dependance on Kylan Mbappe.

Mbappe has been on the score sheet in every game the French have scored in this tournament. This shows how the French team depends on Mbappe even though some players like Rabiot, Dembele and Griezmann have also been showing great performance.

England on the other side have been showing great team performance throughout the tournament. This can be seen as they have different scorers in every game they have played.

England have got multiple players who provides the manager with more option choose from depending on the game they are going to players.

In the England round of 16 game against Senegal, many had thought that Gareth Southgate was going to stick with Marcus Rashford in his first eleven after Rashford had scored a brace in their last group stage match.

Southgate however decided to replace Rashford with the Arsenal young talent Bukayo saka who went on and scored against Senegal. This gives England an edge over France in that game. 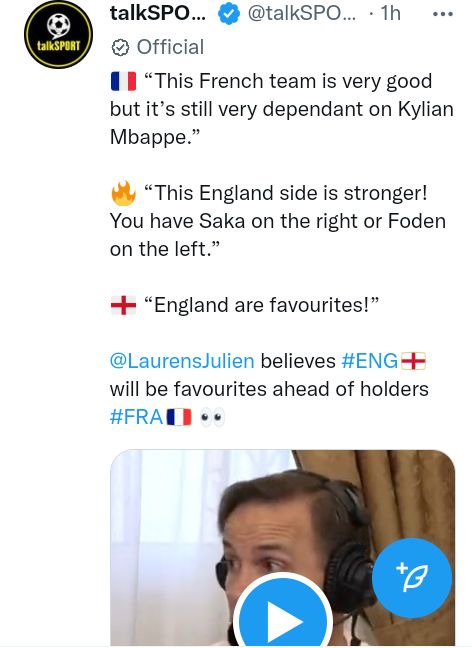