By KennedyMutunga (self meida writer) | 1 months 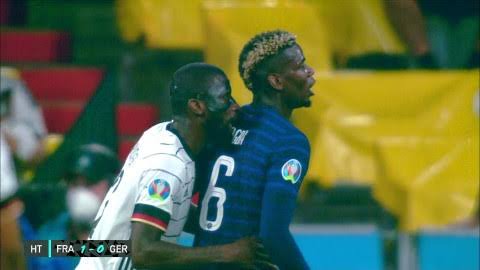 Chelsea defender said his action was uncalled for and regreted. Source/Courtesy.

Following Tuesday incident that Pogba accused Antonio of trying to bite him after the Germany defender tried to open his mouth behind his back. Nevertheless, Rudiger said that he was sorry for the action that placed him in bad public limelight.

Rudiger noted that it was not a bite as reported and that they had solved the matter with the French midfielder.

"I shouldn't go like that with my mouth to his back - no question - it looks unfortunate," Rudiger posited.

He further added that, "Paul and I spoke very amicably after the final whistle, and he confirmed to me and then again in an interview that it wasn't a bite, like one or other outsiders said at first." 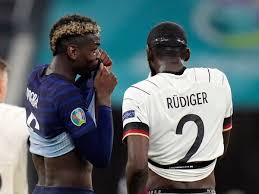 Both Rudiger and Pogba has solved the matter. Source/Courtesy.

Thus with Pogba having accused Rudiger of biting him gently. And despite the referee failing to take disciplinary action. Pogba said the matter had been solved and he meant no harm for Rudiger.

Meanwhile, UEFA said it will not take any disciplinary action against the Chelsea centre back.