Well Analysed Teams That Must Earn You Big

St Etienne have gone unbeaten in their last four Ligue 1 meetings against Monaco (W3 D1), after being defeated in each of their previous three. They have won their last two home soil Ligue 1 matches against the visitors Monaco, without conceding for a first Les Verts in the top five flight. Such a performance happened back between May 2008 and 2010.

The hosts,St Etienne have also won four of their last eight Ligue 1 competitions (D2 L2), after winning only once in their past 18 clashes (D7 L10). Despite the well provided statistics of Etienne,Monaco on the other hand have been undefeated in nine of their recent ten games (L1). Only four of these competitives produced both teams to score. Tonight,we have awarded a GG and over 2.5 nets on this match. 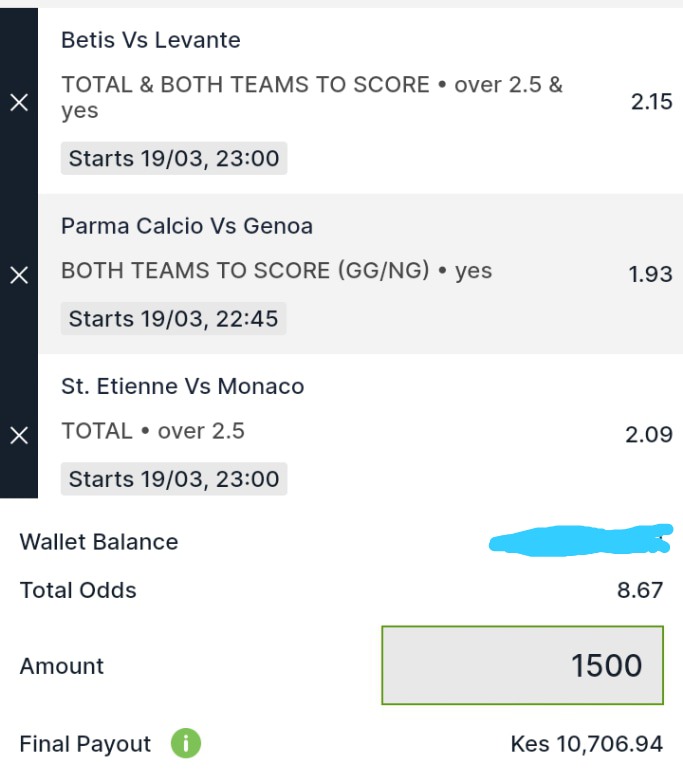 Parma have won each of their last five games against the visitors Genoa in Serie A competitions. Such a long running win against the same team was between Bari (1999 and 2009).

Genoa on the other side,have just won one of their previous seven away matches against Parma in Serie A (D3 L3). A 2-1 victory was back in October 2014 under Gian Piero Gasperini. Parma will be hosting them immediately after making a clean sheet (2-0) win against Roma last weekend. For the hosts,winning two games in a row in Serie A was back in July 2020, against Napoli and Brescia respectively.

In the last six Serie A games played by Park,only one ended without both teams scoring and under 2.5 goal. More so, three of their past five clashes against Genoa have delivered goal goal in full-time. It thus hold that today meeting must experience GG and if one either of the teams has to win,then over two goals is guarantee.

Levante have won only one of their past seven visits to Andalusian teams in LaLiga (1-2) against Granada in 2019 (D2 L4). Although they have drawn the most recent two,tonight might be a different case them. The most guaranteed results are over 2.5 scores and GG.