By HealthNewsInformation (self meida writer) | 12 days

Chelsea are planning to be one of the unbeatable clubs in the world. Thomas Tuchel has arrived and implemented a policy to remain feared by opponents. The Blues are set to win two more trophies early next season. The numbers which were put up by strikers last season did not impress. A midfielder emerged as the top goalscorer for Chelsea which poured doubt on the ability of the strikers. This has led to Chelsea going all to bid Erling Halaand. 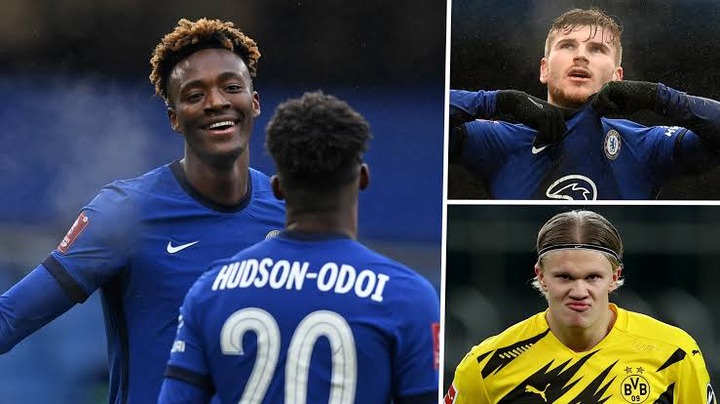 Before Erling Halaand signs for Chelsea, the Blues will be having the following strikers. Olivier Giroud is leaving this summer to Seria A hence will not be in the mix at Chelsea. The first striker is Timo Werner. The former Leipzig man didn't have a good season as expected. He however looks promising for next season. He will get a lot of support from the manager who wants to unleash the lethality in him.

Chelsea will also have Tammy Abraham who is wanted by many other clubs. The England star has failed to nail a spot under Tuchel. He is however expected to play for Chelsea next season when they begin their campaign. The player is set to extend his contract with Chelsea but talks are yet to begin. The Blues have also promoted another young striker into the first team. Armando Broja spent a season on loan at Vittese. He has signed a new contract and will be training with Tuchel in pre-season.

Finally if Chelsea get their hands on Erling Halaand, they will be on fire. He might be the missing piece at Chelsea currently. The negotiations are ongoing over the player. The Blues plan to give the £150 million which are being asked by Borrussia Dortmund.

Content created and supplied by: HealthNewsInformation (via Opera News )