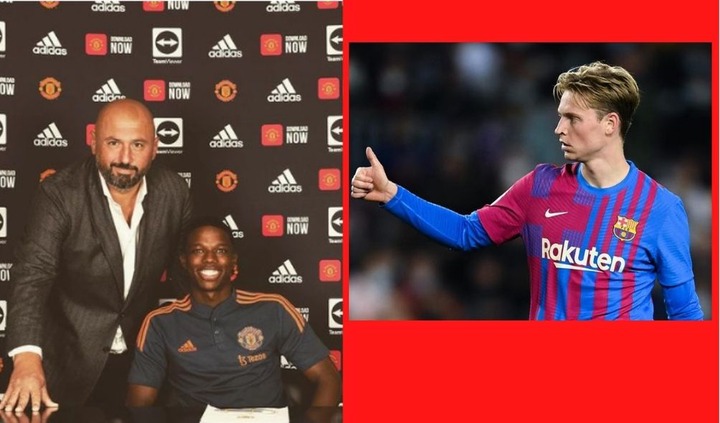 Feyenoord requested Manchester united through social media to watch after Malacia as he was welcomed by his new teammates.

Dursun said Malacia on Instagram that he was happy to have helped him make his move to old Trafford, a post that was liked by top summer target Frenkie De Jong.

Frenkie De Jong liked the post, the Barcelona midfielder could potentially make a move to the Old Trafford this summer and join Tyrell Malacia at the club.

De Jong's move to Manchester united is still in progress but unfortunately it will not be completed in time for the pre season tour that begins on Friday.

Talks are reportedly progressing well and the Catalan club believes Frenkie De Jong does not fit into the club's wage structure and has to take a pay cut in order to stay at the club.

Erik ten Hag is pushing for a reunion with De Jong who thrived during their days together at Ajax and reports claim that the advisors of the midfielder are advising him to accept the move to Old Trafford.