By HelenMalkia (self meida writer) | 25 days 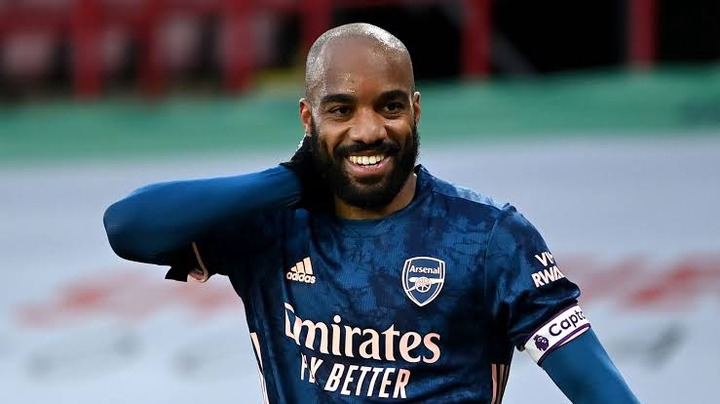 Arsenal cruised past hapless Sheffield United who are now facing relegation from the Premier League. A brace from Alexandre Lacazette and Gabriel Martinelli was enough for the Gunners to bag 3 points at Bramall Lane on Sunday evening.

Barcelona center back Samuel Umtiti took to Instagram to issue his verdict on Lacazette's performance yesterday. The former Lyon man has now registered 15 goals in the current campaign.

Lacazette posted a photo of him celebrating one of his goals with the caption, 'We hope this one made you smile.' His former Lyon teammate who is now at Barcelona was happy by his performance and simply replied, 'I like it, I like it' coupled with love emojis. 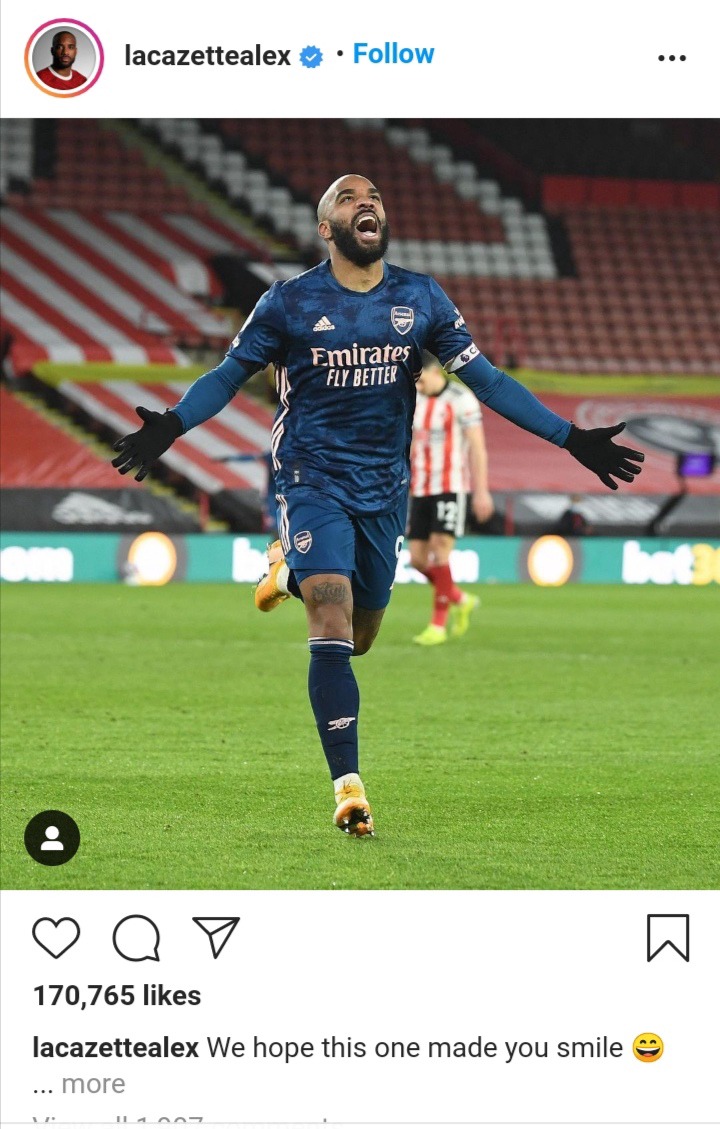 The 29-year-old has been the target man for Mikel Arteta and he has returned the faith bestowed to him by the manager after bagging 4 goals in 3 matches he has featured in.

He is set to retain the same role on Thursday this week when they will be facing Slavia Prague in the second leg of the Europa League. The first round played out to a 1-1 draw at Emirates Stadium with goals from Nicolas Pepe and Tomas Holes for the Czechs club.

Mikel Arteta confirmed that his star man Kieran Tierney will not feature for the tie and could miss the remainder of the season due to a nagging knee injury.