Gennaro Gatusso was a fiery character during his playing days. The former Milan and Italian midfielder was a short tempered character and any small brawl involving him would always lead to fights. It really did not matter whether you were teammates, opponents, coaches or even match officials, Gatusso would square it up with you all the same. 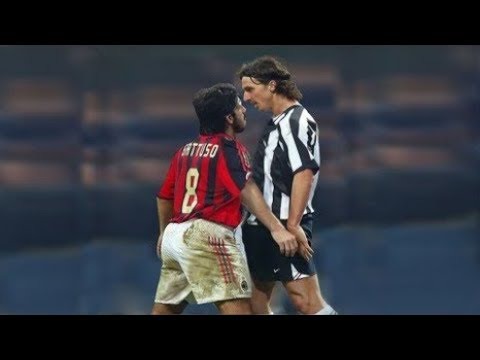 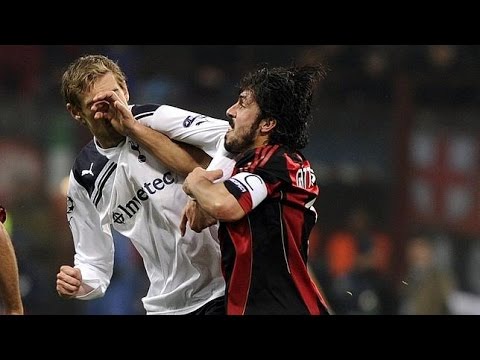 Gatusso was known for his tough, rough style of play. He flew into tackles and man marked his opponents with tenacity. In his autobiography, former Milan playmaker Andrea Pirlo even narrates how the hard headed Gatusso used to stab his teammates with cutlery. One player who witnessed Gatusso's ruthlessness is former Manchester United and English winger David Beckham. In a friendly match involving England and Italy, Beckham decided to go down easy after a soft challenge. Gatusso took matters to his own hand, furiosly slapping Beckham at the back of his head. 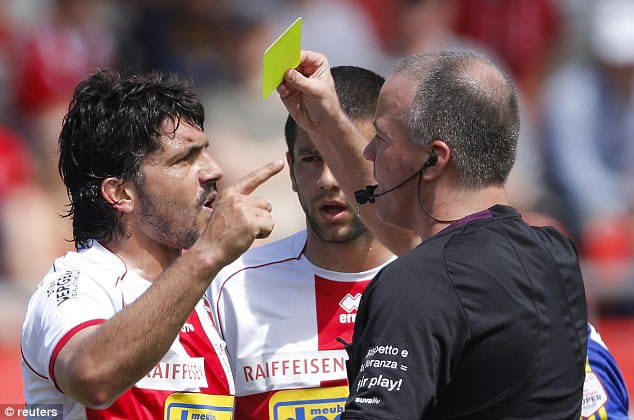 Another player who often squared up with Gatusso was former Schalke player Poulsen. Schalke headed into the second leg of the Champions league tie with Milan at the San Siro after holding Milan to a 2-2 draw in Germany. Poulsen was criticised for his rough tackles on Milan player Kaka throughout first leg tie. After the match which Milan won 3-2 Gatusso squared it up with Poulsen, who looked a little shaken.

The most famous Gatusso fiery moment came in the encounter with Tottenham Hotspur in the champions league knockout in 2011. Tottenham assistant coach Joe Jordan had given Gatusso a hard time through out the night. He was shouting at Gatusso from the touchline time and again. After the final whistle Gatusso headed Jordan's way and grabbed him by the throat, head butting him in the process. 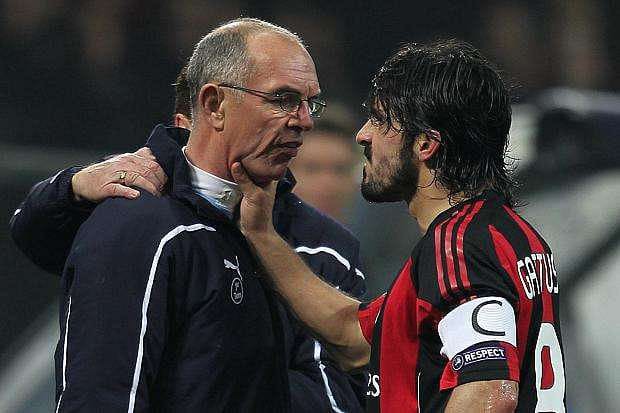 Gatusso has since gone on to become a manager but still has the same short temper he had back when he was a player. Milan player Timeu Bakayoko witnessed Gatusso's fiery temper first hand. Bakoyoko who was to be used a s substitute but took his time to change and warm up was directed back to the bench by Gatusso and his place taken by another player. 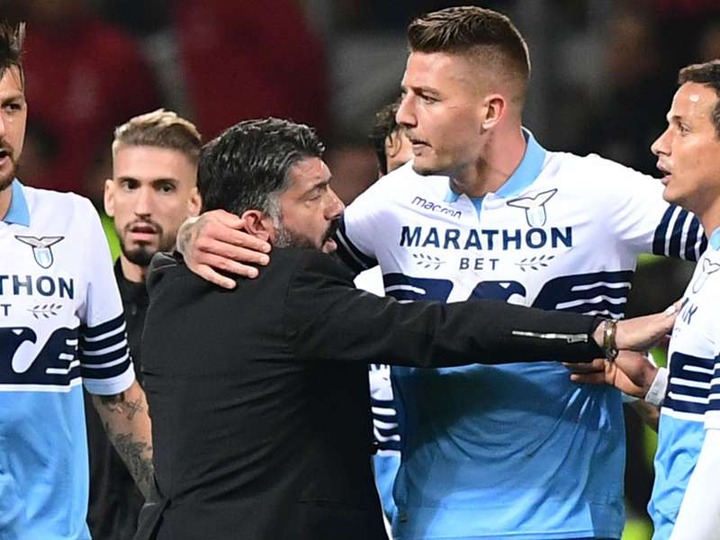