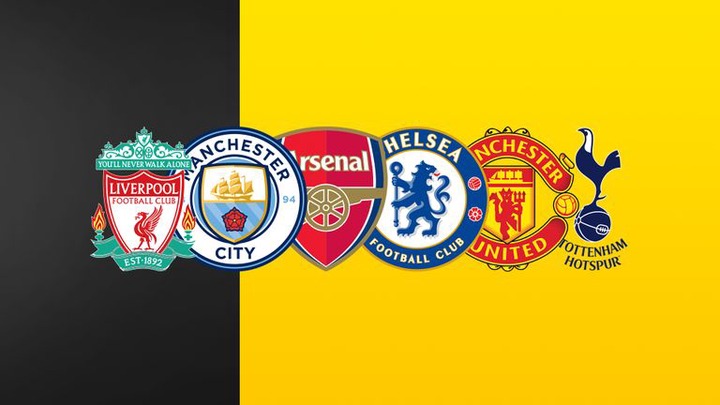 Since reorganization of the England's top flight league back in 1992 to what it is today there has been significant display of good results from top clubs. This can be seen in the league titles tied to these clubs. Manchester United Chelsea and Manchester City are the leading teams currently in terms of the titles they have managed since then.

Manchester United started off very well courtesy of the then brilliant manager who led them to win 13 titles before his exit. Then it came Chelsea era after a new owner took over where a year later they secured the league title attributed to good investment in quality players where money was heavily spent. 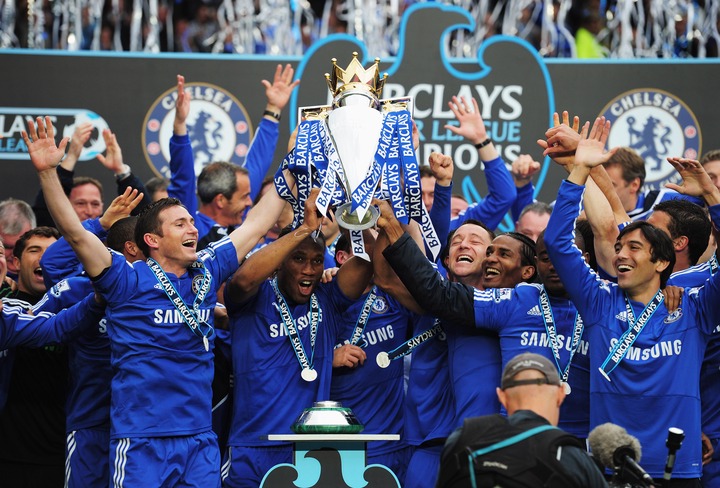 Here is a list of all Premier League winners: 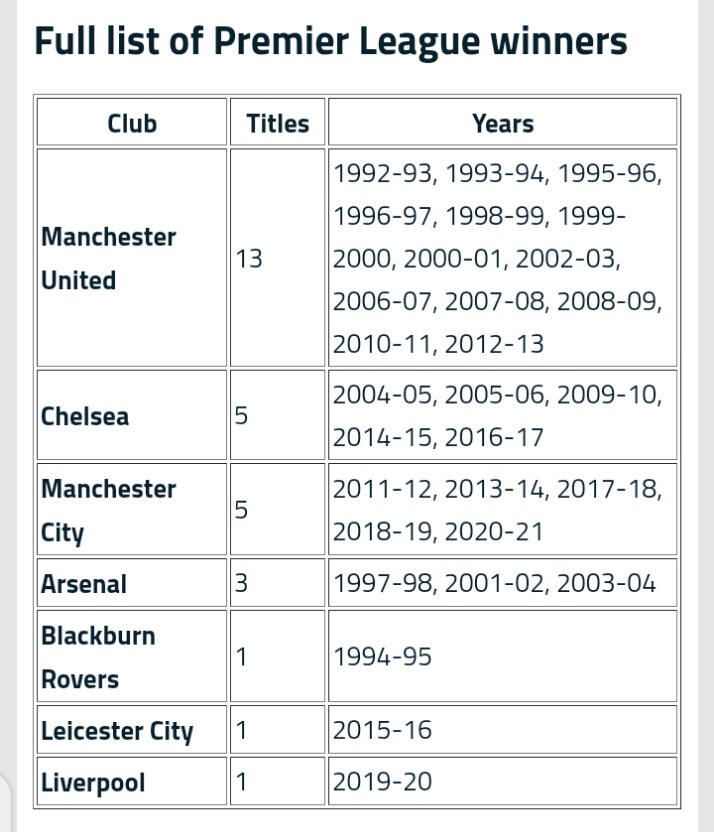 The current league leaders Manchester City came third with 5 titles a tie with Chelsea with the 2020-2021 title included since they have already earned it. Manchester City have managed the 5 titles in a span of 10 years since their first title back in 2011 thanks to Pep Guardiola's contribution.

Surprisingly these top three teams have remained to fight for their places leaving no chance given they are some of the clubs that have brought together very many fans across the globe. Manchester City is at the top following closely by Manchester United then Chelsea come third in position. This simply implies a top finish for these three with just a single fixture to the end of the season. The Premier League title come next season is up for grabs with Manchester City Manchester United and Chelsea huge favourites to battle it out. 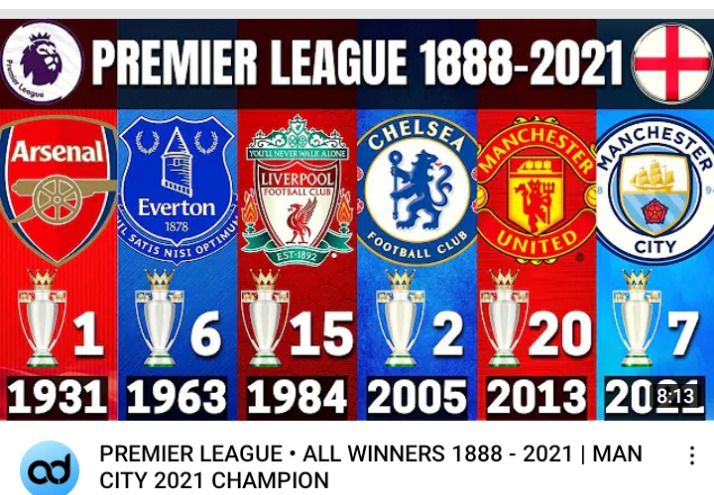