By teagossip (self media writer) | 3 months ago

According to report by Nation sports, DBA Africa, a sports management organization, declared on September 27 that its contract with Africa's fastest man, Ferdinand Omanyala, had been canceled. 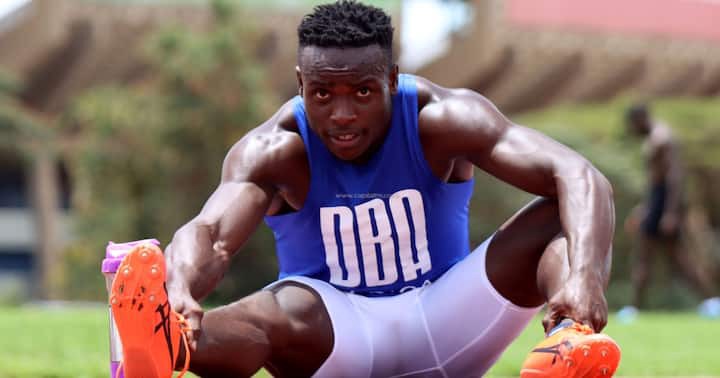 The corporation issued a statement stating that the Kenyan sprinter had been dismissed with immediate effect.

The reasons for the split are unknown, while some accounts indicate there was a communication breakdown leading up to the contract termination. 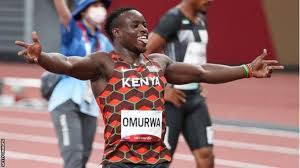 “We are proud to have played a huge role in enabling him to compete around the continent resulting in attaining four qualifying times for the Tokyo Olympic Games and achieving many national records and personal best,” read part of the statement released to Nation sports. 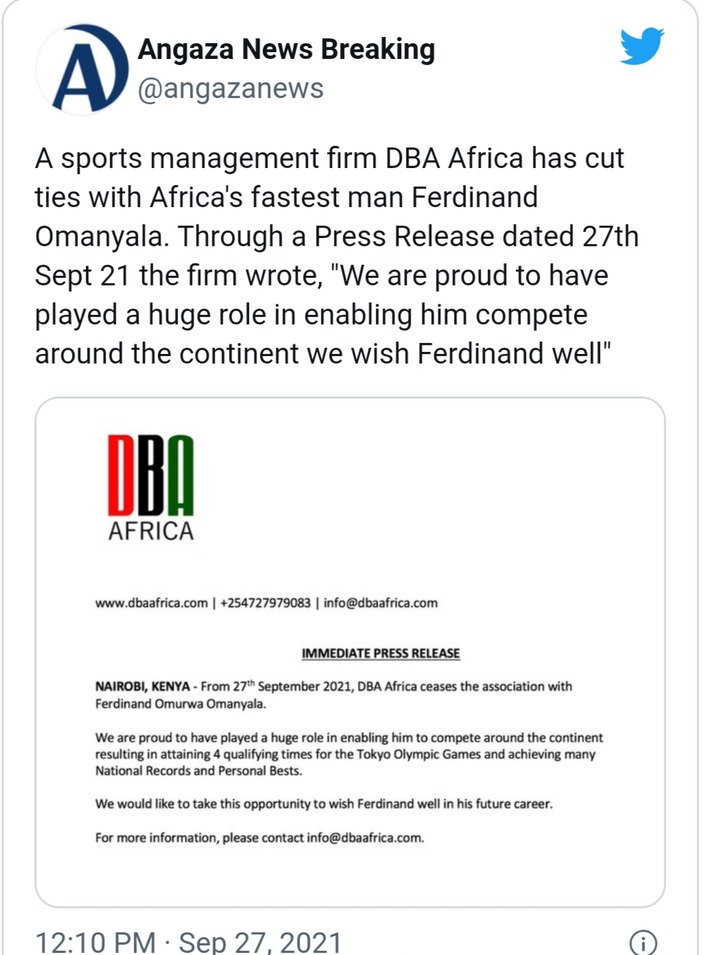 Storm Trentham, the director of DBA Africa, alleges Omanyala has broken several of his agreements with the company, according to Nation Sports. 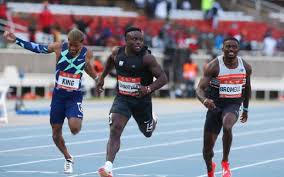 The news came just a week after Omanyala rose to national, if not worldwide, prominence.