Good News For Manchester United As Another Teenager Signs For The Club, Days After 2 Others Signed

By GhostNews.Com (self meida writer) | 1 months 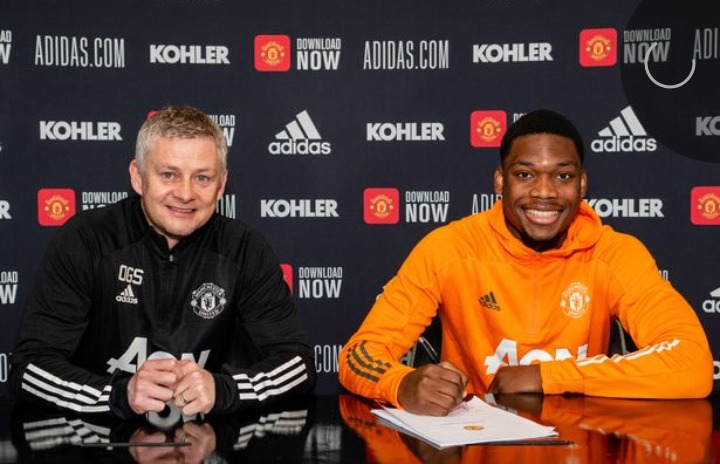 It has been a brilliant week for Manchester United and their fans as the club have announced three contract extensions by highly rated youngsters from their academy.

It started with Shola Shoretire who signed his first professional contract after getting promoted to the senior squad, Hannibal Mejbri extended his stay at Old Trafford and Anthony Elanga followed suit too.

Today, the club also have some great news of another top talented teenager extending his stay at Old Trafford by penning a new long term contract with them. 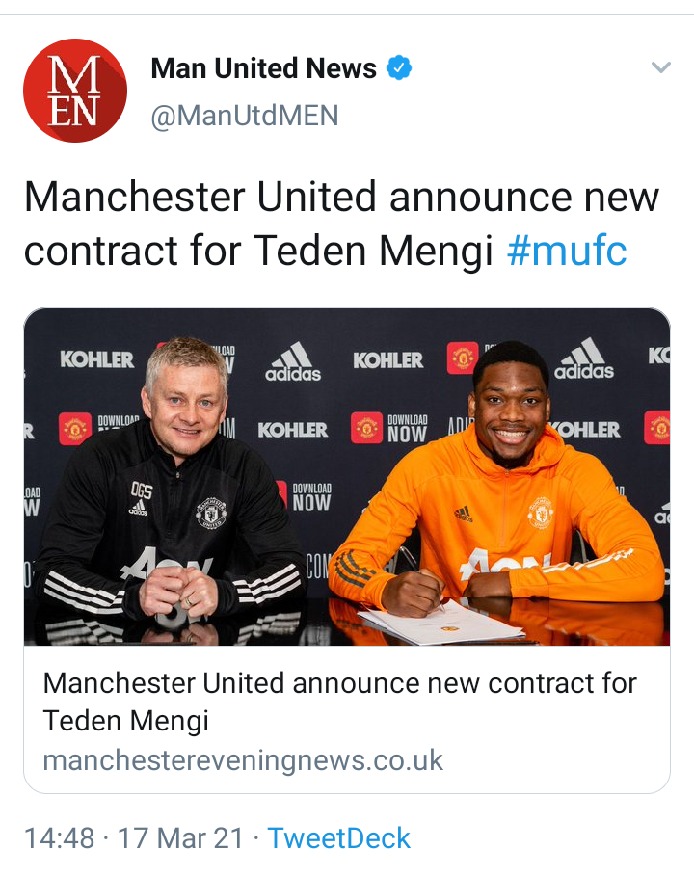 According to Manchester Evening News reports, 18 years old Manchester born Teden Mengi signed a new contract extension which will see him at Old Trafford till 2024 with an option for another year.

Teden Mengi was promoted to the first team in the later stages of last season as he played against LASK in the UEFA Europa League and also featured once this season.

He was sent out on loan to Derby County headed by Wayne Rooney where his development has been lauded. The young defender is seen as an exciting prospect who will be a long term defender for the great Manchester club.

Are you happy with the way Manchester United are extending their youngsters contracts?