By KokiNews (self meida writer) | 13 days

Soccer is an extremely passionate sport, from the fans to the players, there is high tensions on and off the field. And like any situation involving intense rivalries, there are clashing of heads, even between the most shocking teammates. 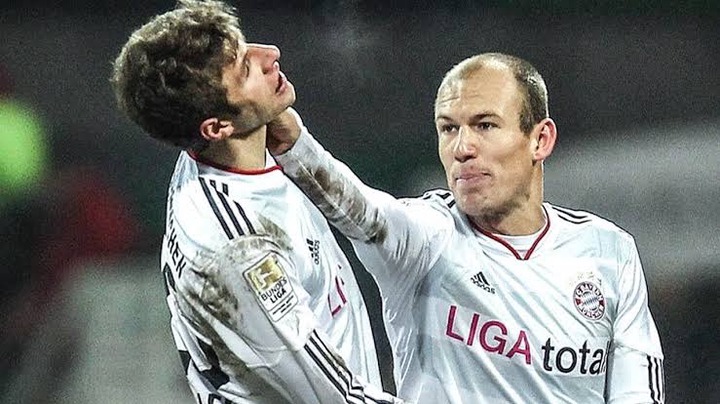 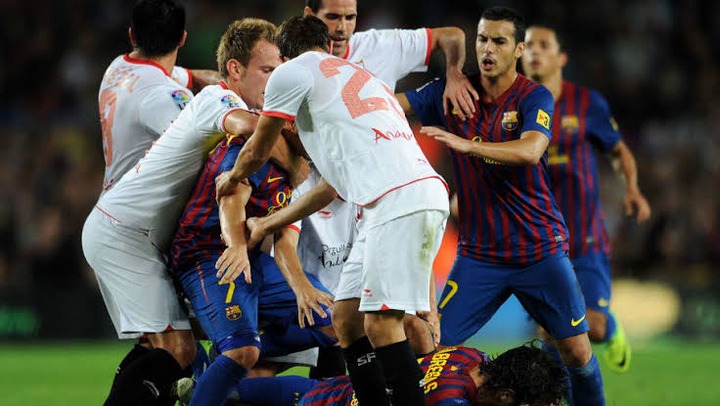 These are the top four most historic soccer fights between teammates.

Tottenham earned a drab 1-0 win over a Everton in July 2020, but the biggest talking point came when the half-time whistle blew.

Despite being in the lead, Hugo Lloris was unhappy with Son Heung-min for failing to track back and the goalkeeper confronted his team-mate at the interval.

The pair had to be separated by team-mates Giovani Lo Celso and Harry Winks, although they eventually embraced each other at full-time.

One of the most one-sided match-ups in the history of teammate bust-ups, Robinho is lucky he made it out of this particular Real Madrid training session alive.

Thomas Gravesen caught Robinho with a mis-timed tackle during a pre-season training session in Austria and all hell broke loose.

Gravesen had to be held back by his teammates before he ripped the lightweight Brazilian forward’s head off.

The incident, which occurred during a training session while the two players were at Manchester City, left Dabo with many cuts in addition to a detached retina. Dabo stated that the aggression was that severe which made him "like an elephant man."

Barton had recently acknowledged the compensation of harassment and he was fined £25,000. Joey Barton and Ousmane Dabo's fight is considered as one of the biggest fights on the football pitch.

Mario Balotelli is an enigmatic character. However, it was not one of his football teammates he had a fight with. Instead, he ended up having a spat with his own manager. Pictures of the two having a go having a particularly violent conversation began doing the round.

Speaking to French newspaper L’Equipe in 2016, Mancini said: “In a training session, I said to players not to make stupid tackles on Gael Clichy because he was just coming back from injury. And then, Mario made a strong tackle on him. I was furious. I grabbed him by the collar wanting to push him but he is so strong physically I couldn’t move him.”

Defense Partnerships to Watch Out for Next Season

Chelsea yellow kit is back