By The254hubnews (self media writer) | 4 months ago 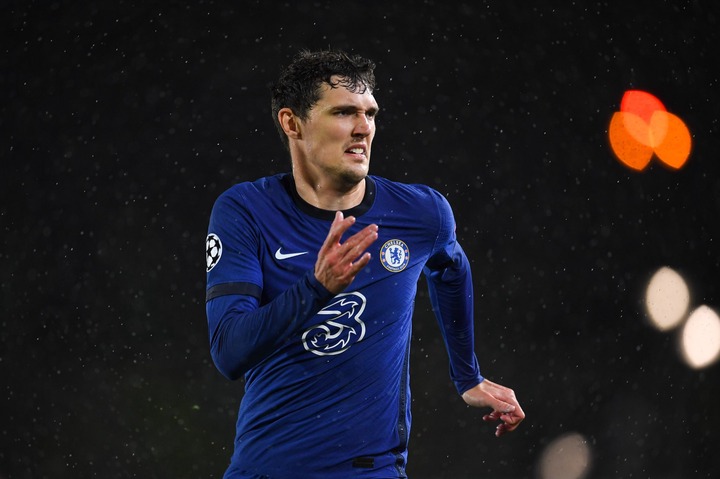 Chelsea fans have been left feeling 'less than' impressed following the latest developments concerning Denmark international Andreas Christensen's future at the Stamford Bridge. The Dane has only six months left on his current contract with the Blues and efforts to have him stay at Chelsea beyond the January transfer window have been fruitless. The defender is free to negotiate pre-contract agreements with foreign clubs as it stands.

According to Italian journalist and transfers expert Fabrizio Romano, the 25-year-old Danish centre-back has dismissed the possibility of joining any other Premier League side out of respect for Chelsea. However, there has been no agreement between his representatives and the Chelsea hierarchy for a new contract, meaning he could leave anytime.

"It feels like there's no chance for Andreas Christensen to accept any premier league club proposal (as a free agent). He wants to respect Chelsea – but there's still no agreement on new contract proposal," he said on his official Twitter account. 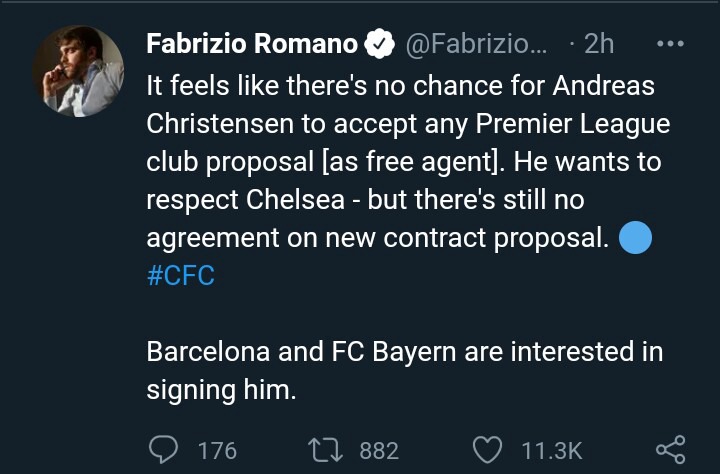 Blues manager Thomas Tuchel is believed to be keen to retain the centre-back, having played a crucial role in Chelsea's incredible defensive record. Spanish giants FC Barcelona and Bundesliga champions are interested in signing him.