We enter into match 14 in premier league this weekend. In the previous matches, we have witnessed series of entertaining football. Chelsea occupy the table summit with 33 points, Liverpool with 32 points while Manchester City occupy the third place with 31 points.

As the race heats up in my opinion, it's going to be a meltdown amongst the the aforementioned three Cubs. Chelsea have the edge over the the two to win this Season's EPL Title. Though they have been struck with injuries recently, they do possess a squad depth in all departments. They have lacked enough creativity in the final third compared to Liverpool but they have a formidable defence that has conceded fewest goals in the premier league this season.

The likes of Thiago Silva, Christensen, Rudiger and Chalobah not forgetting Azplicueta have been impressive in the defence. The wingbacks have also rose to the occasion by scoring goals recently. Reece James, Marcos Alonso will provide the forward impetus chelsea will need.

Chelsea limped over the line in their fortuitous 2-1 win on the road against Watford on Wednesday evening in what was their 10th Premier League victory of the 2021/22 Premier League campaign.

The Blues are on a good run of form but the squad depth has been tested to its limits recently - as shown in the Watford game with the line-up and performance itself. 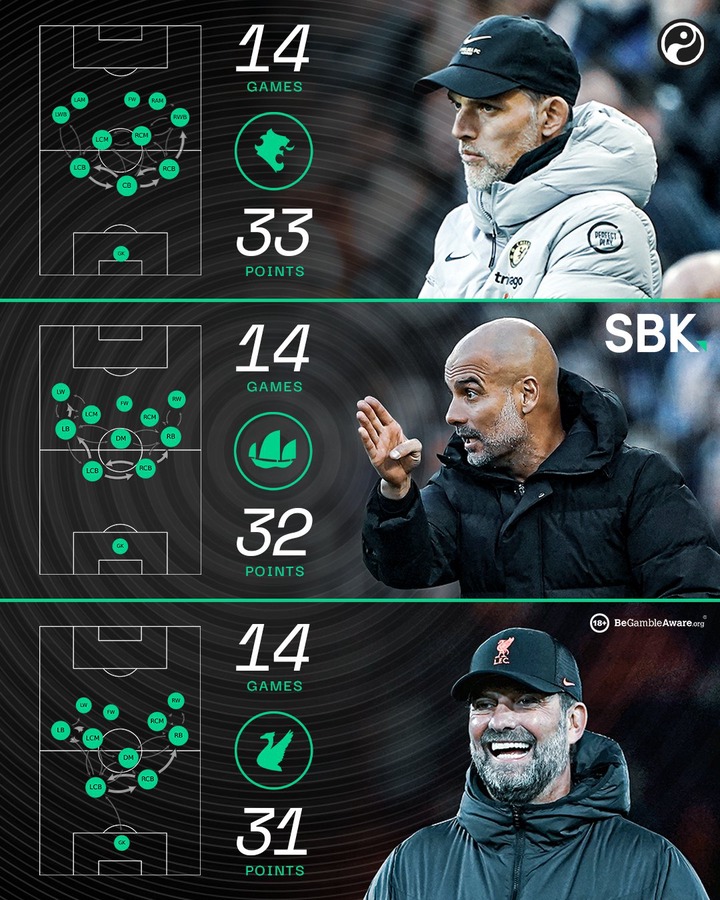 Chelsea will face Westham on Saturday followed by two home matches against Leeds and Everton. These home will be easy fixtures and Chelsea will pick all the points.

Travels to Wolves and Aston Villa will then follow as chelsea will be looking to solidify it's place at the summit of the table. 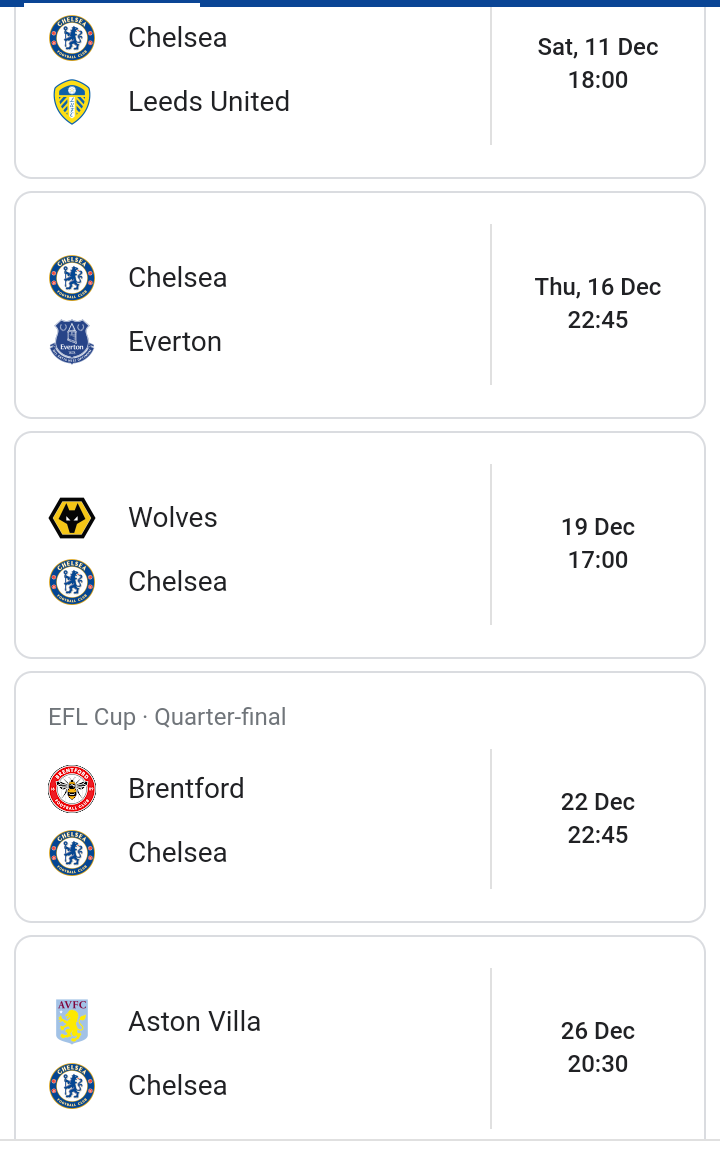 Manchester city will also have an easy schedule of fixtures but they teams that are in he second half of the table have been a living throat to Manchester city.

Liverpool on the other hand have difficulty fixtures like Aston Villa and Tottenham. They will also lose three players to AFCON competition which kicks off in January and ends in February.

In comparison to the chelsea fixtures, Thomas Tuchel posses some attributes that will make chelsea stamp a strong challenge to the title this season. If they continue with the fighting spirit witnessed against Watford then come May Next year, they will be champions.