By ANALYSTFELO (self media writer) | 5 months ago

Gor Mahia earned a slot in the lucrative continental competition after crushing their arch rivals AFC Leopards four goals to one in penalties today 4th of July 2021 at Nyayo stadium during the Betway cup final.

There was so much more at stake than a cup confederation cup slot,as the winner of the tie also stood a chance of walking home with the domestic trophy as well as a cool two million Kenyan shillings.Given the stakes of the clash,both sets of teams kicked it off aggressively with the intention of finishing the match early.

However the match was finally decided by the penalty shootouts after both the teams failed to score even a single goal at the stipulated time.Ingwe,who came into the match in a relatively better shape than their opponents had the best chance to score but they seemed unlucky. 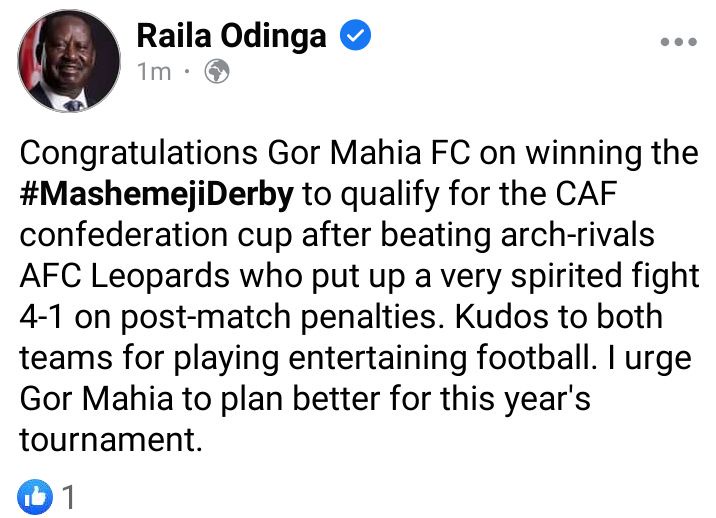 Orange Democratic Movement party leader Raila Amolo Odinga has celebrated Gor Mahi's victory,congratulating them on winning the 'mashemeji' derby to qualify for the CAF confederation cup."Kudos to both teams for playing an entertaining football.I urge Gor to plan better for this year's tournament,"Raila stated in his official Facebook page. 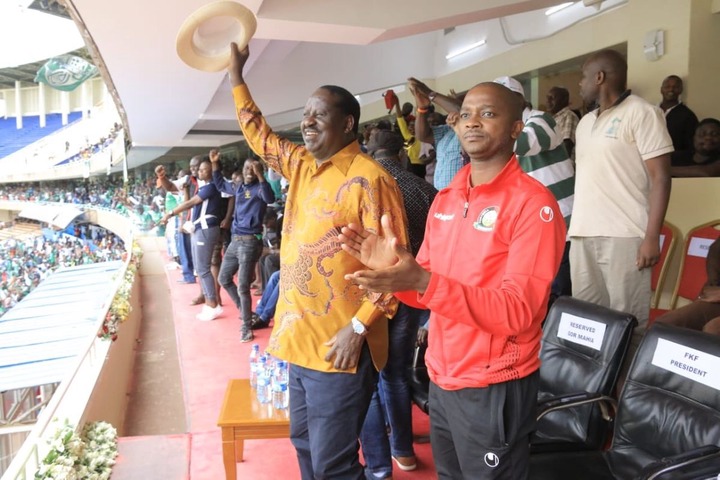