By christiano (self media writer) | 3 months ago

Kylian Mbappe is a France international football player at just twenty two years old, he plays for Paris Saint German (PSG) as a forward ,Mbappe began his career with PSG at the age of sixteen which he managed winning the ligue one with PSG and also won the youngest player of the year and the Golden boy Award. 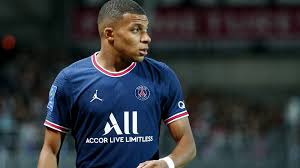 Mbappe made his senior debut for his international duties at the age of eighteen and he's been good at it when he scored in the final of the world cup and won the youngest player of the year 2018, kylian like any other black player he has been receiving a lot of critics from France National team's side, he has spoken out and this is what he has said " From the moment where i felt like that i was starting to be a problem and that people felt like i am the problem. The most important thing is the French national team , if it's happier without me , it was like that i received a message , that my ego was what made us lose, that i wanted to take too much space , and that without me we might have won, when i wanted support around was over being called a monkey for missing a penalty, not for missing a penalty that's my fault."

Will Mbappe show his back at his national team, kindly share your thought's.

Content created and supplied by: christiano (via Opera News )