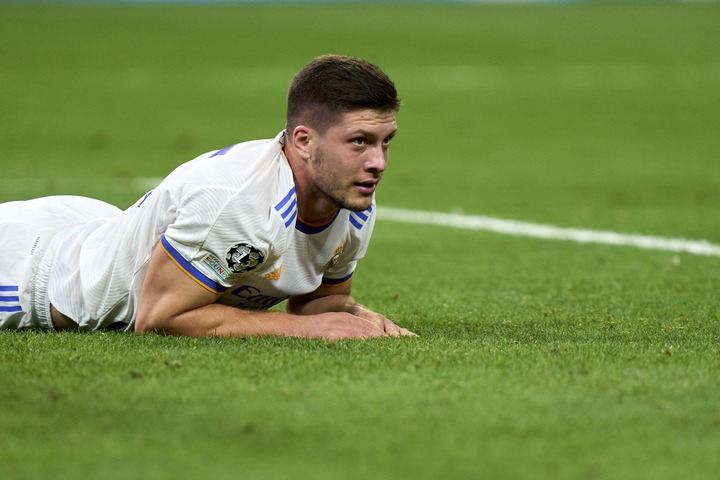 A loan was mentioned over and over again for weeks, the clubs were looking for the right formula. The following solution was found: Real Madrid decided to sell Luka Jovic to Fiorentina for 50 percent of the next transfer! The Royal Club paid 63 million euros for his services three years ago, and now they will earn nothing from his departure. They can only hope that, unlike them, the Italian club will manage to sell him 'big'. The Serbian international will sign a two-year deal with Viola, with the possibility of extending it for another two seasons, claims the always well-informed Gianluca Di Marzio.

What is particularly interesting is that Jović agreed to a much lower salary in the next two seasons, considering that he will earn 2.5 million euros per season at Artemio Franchi, reports Di Marzio. It is even more interesting that, according to the claims of the Italian journalist, Real Madrid will pay his salaries in the mentioned period. Only if Luka decides to stay in Florence in the summer of 2024, his income will be taken over by Fiorentina and will be doubled to 5 million euros.

Based on the information disclosed by Di Marzio, Fiorentina will not allocate a single cent for Jović's services in the next two seasons. Real Madrid obviously wanted to get rid of a good part of his salary, and apparently in Madrid they believe that Luka will find the right rhythm in Serie A, and that they will be able to make money from his eventual departure from Florence. A rather strange and extremely unexpected transfer formula, given that it was initially written that the Blancos demand the Italian club to agree to a mandatory buyout, and then that they do not want to include such a possibility.

Jović is moving to Italy and the clubs allegedly exchanged the necessary documentation and his arrival in Florence is expected on July 9.

The saga surrounding the fate of the 24-year-old forward has apparently received an epilogue. In the next two seasons, we will see him in the purple jersey, which was worn by his compatriot Dušan Vlahović with great success until last January. Vlahovic terrorized goalkeepers in Serie A as a member of Viola, so he moved to Juventus for 81.6 million euros. Madrid giant seem to believe that another Serbian striker could follow in his footsteps.

uka took his first football steps with Red Star Belgrade (Richard Odada's club, Serbian champions sent the Kenyan on another loan), Jovic then played for Benfica, but did not do well in Lisbon. He shone on loan at Eintracht Frankfurt, who bought him in July 2019 for 22.3 million euros in order to sell him to Real Madrid for almost three times as much money.

The Serbian representative came to the Santiago Bernabeu in 2019 with the epithet of one of the best young strikers in Europe. However, in the past three seasons, he played only 51 games and scored three goals with five assists. In the second part of the 2020/21 season, he was on loan in Frankfurt.

How Long Should One Take Before Getting Into Another Relationship After A Breakup?

How to identify an emotionally unavailable partner