By sportsagain (self meida writer) | 19 days 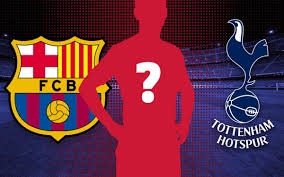 Arsenal have revenue of 520 million dollars.They are ranked in nine position. Arsenal got some hope after the appointment of Mikel Arteta to manage them,they recently won FA cup by defeating Chelsea in 2019_2020 season.

Chelsea have revenue of 597 million dollars.Chelsea rised up after Roman Abramovic bought the club in 2003, since there Chelsea has been winning multiple tittles including Uefa, English premier League and many others. The club won Uefa champions league recently in the year 2021 by defeating Manchester city under the management of Thomas Tuchel as manager.

Liverpool have revenue of 617 million dollars. Liverpool are ranked the seventh, revenue of Liverpool was boosted by champions League win in the year 2019 and the fact that they won Premier League for 2019_2020 season after a very long time. The club got some hope after the appointment of Klopp as the manager.

PSG have revenue of 646 million dollars.The France league one team is ranked in six position despite the fact that they have never won Uefa champions league.They were about to win it in the year 2020 but they could not because they were defeated at final by Bayern Munich

Manchester city have revenue of 678 million dollars.Mancity revenue was boosted by the fact that they have won different tittles multiple times. Tittles Mancity has won include premier League and Carabaos cup

Bayern Munich have revenue of 751 million dollars. The club's revenue is boosted by multiple winning of Champions League and Bundesliga ,they are ranked the fourth.

Manchester United have revenue of 795 million dollars. The club has never won premier League since the depart of legend coach Sir Alex Ferguson in the year 2013. Despite bad time at Old Trafford Manchester United is ranked the third

Barcelona is ranked the second despite the fact that it is experiencing bad moments currently,it has revenue of 815 million dollars.

The club has won 13 Europe titles,they won Laliga 2019_2020 season.They are ranked in first position.Real Madrid have revenue of 896 million dollars.

What is your views on this teams ?Don't forget to leave your comments.