Leati Joseph Anoai aka Roman Reigns is the current WWE Universal Champion. He has held the title for more than 300 days. This was after he defeated Braun Strowman and The Fiend in a Triple Threat Match. At that time he was already Paul Heyman client. He has since defended his title successfully, some with help of his cousin Jey Usos.

Well, Edge lost in a Triple Threat Match against Roman Reigns and Daniel Bryan. He had just returned on Monday 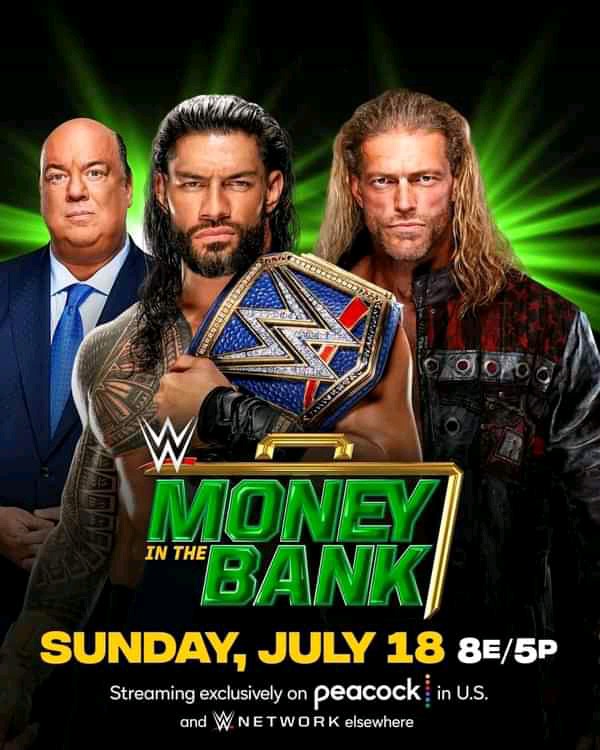 night raw this week. He attacked Roman viciously before tweeting their anticipated match. "Money In The Bank" event will happen on July 18th. Roman Reigns will be defending the title again angry R rated superstar- Edge.

Paul Heyman support: Edge might not win and take this to the bank. Roman Reigns enjoys support of Paul Heyman a guy that has stake in WWE. This means Heyman will always favor what's good for his client just like he did for Broke Lesnar. Remember Lesnar held the title for more than 400 days! He will definitely do that for Roman Reigns too.

The Usos help: Jimmy recently acknowledged Roman Reigns as the Head of Table. Jey Uso has been his right hand man for a long time. He had caused some distractions that enabled Roman Reigns win. This combined forces of cousins, will cause Roman Reigns to comfortably win. If that will not happen by pinfall or submission, then it will be through disqualification.

Lastly John Cena return match: Romours are that the Hollywood Star is coming to the ring again. This would be at Summerslam. He is expected to meet Roman Reigns. So there is no way Edge will win. Remember Roman warned Cena of ever appearing in his ring. If he does that, then this will be highly staked match. Roman has ever beaten Cena in singles match. He is confident in beating him again if he dare returns.