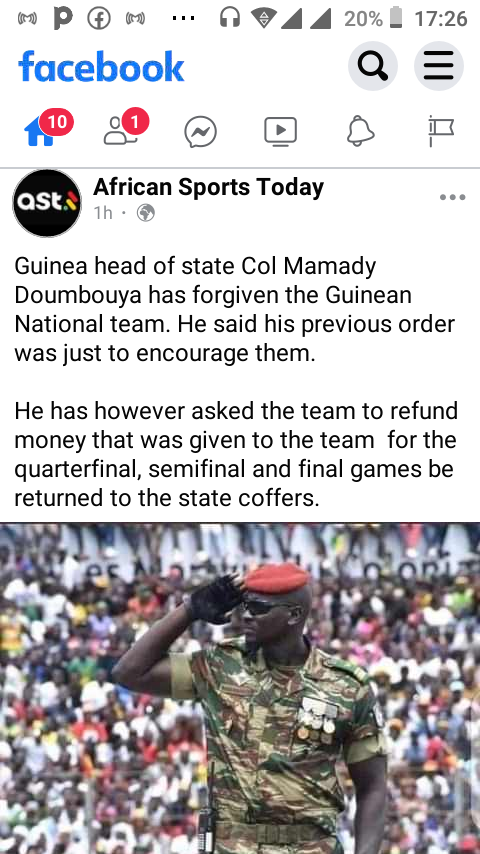 Despite that, the head of State Hon Col Mamady has ordered the national team to refund the money which was used during their training and in other games that they played. The national team of Guinea was removed from the competition after losing the game. Hon Col Mamady who overthrown the government said that the players should come back in the country without fear. This has happened after some players decided not to return in the country due to the fear of being punished by the president. 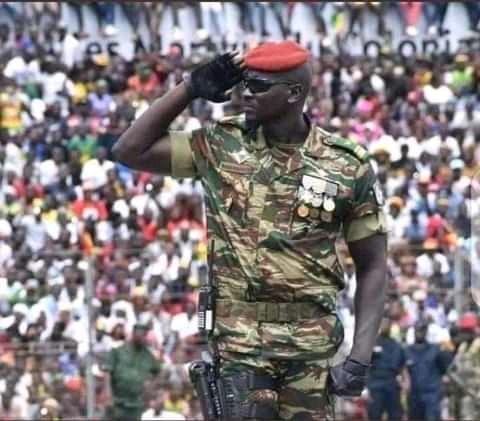 The president Col Mamady ordered the players to win the ongoing AFCON Cup or they should not return back in the country. It is now a good news to all players as they can return back in the country without fear. Despite that, the head of State should encourage players in a good manner which motivates the players. Remember to wear mask and maintain social distance so that we can overcome this deadly disease called covid-19 in our country.

According to the news which was shared on the social media platforms, the competition will be continuing to the quarter finals where Egypt will face Senegal. This two teams are very strong and anything can happen. The national team of Egypt has the best player called Mohammad Salah. Despite that, Senegal has Sadio Mane who got an injury in the last match which led them to qualify to the quarter finals. I wish all teams best in their competitions. Remember to maintain peace among each other.

How to love yourself (tips)

Anerlisa Muigai Poses With a New Bentley After Rumours of Auctioning Emerged Online.