Unknown to many, Finn Balor was the first ever WWE Universal champion. That night before he won, he defeated Seth Rollins to earn the newest title in the history. In 2018 he challanged Roman for the title match but lost. In 2021 he's again challanging Roman for the same Universal Championship. Balor had just returned from shoulder injury that led him relinquishing the title in 2018. For both his comebacks, he still finds Roman a Universal champion.

When Balor first won the title, it was reddish in color before it got rebranded to blue, just like Smackdown. Finn Balor lost it to Kevin Owens in a triple threat match that featured Seth too. This was again a repeat of history back in NXT when Balor defeated Owens. Roman Reigns gained the title after his comeback since corona pandemic. He defeated both Braun Strowman and The Fiend in a triple threat match. 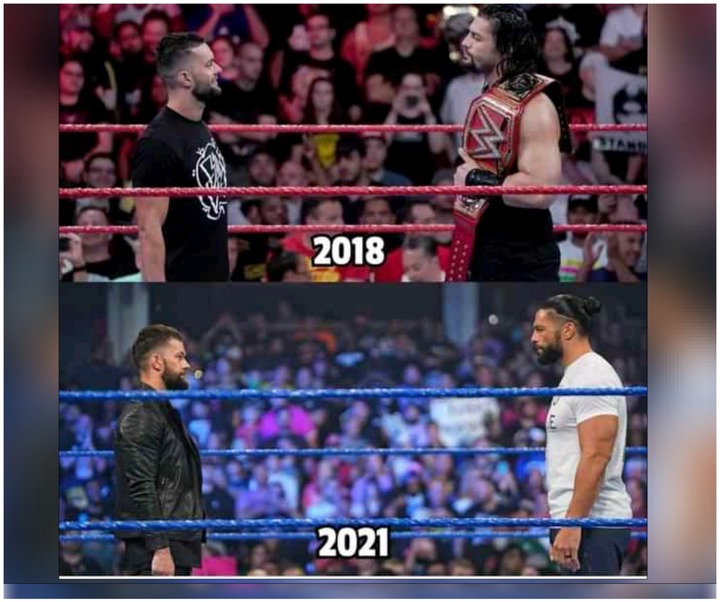 Roman has since been defending the title for more than 150 days. Of all superstars that have challanged him, Finn Balor joins the forces. Balor has been performaning on NXT brand since his comeback as "Prince". Intially, Balor was on Smackdown as Intercontinental champion before losing it to Nakamura. This coming Smackdown, it will be Roman vs Balor for Universal Championship. Who do you think will win?

General Muhoozi Is A Victim Of Peter Principle- Professor Naituli.

Nigerian Artist Turns Down Kenya Visit Set For This Month