By Jepkoech (self meida writer) | 27 days 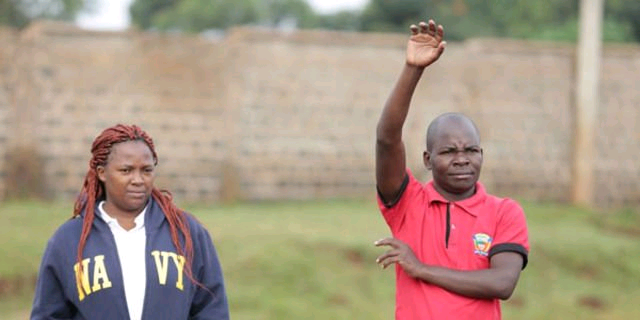 Kenya's representative in the Caf Women's Champions League zonal qualifiers, Vihiga Queens, will be going into the regional competition without their long-term coach Alex Alumira.

Alumira, who has coached Vihiga Queens since inception in 2014, told Nation Sport that he can no longer serve as the coach of the former Kenya Women Premier League champions due to personal reasons.

"I have requested for termination of my contract from the management of Vihiga Queens and they have agreed. I have a lot of personal issues pressing me and I want to focus on them without having to carry them into the qualifiers that need all the necessary for the team to succeed.

"The team is in good shape and nobody should get worried. I will still support them regardless," he said during a phone interview from Vihiga County.

Alumira's most notable accomplishments include steering the team to three league titles between 2014 and 2019. However he singled out the Tokyo 2020 Olympic qualifiers where majority of Harambee Starlets players who featured had passed through Vihiga Queens.

"Vihiga Queens did not play in the 2019 Olympic qualifiers but we had the highest number of players showing up for the national team in one of the most memorable competitions of that year. That's the moment that I realised that the work I had been putting in for years was finally showing,” noted Alumira.

Starlets had a good outing in the Olympic qualifiers bundling out both Malawi (5-3) and Ghana (1-0) but lost 3-2 to Zambia in the final round.

Vihiga Queens were on Friday pooled in Group "B" of the Cecafa zonal qualifiers for the inaugural Confederation of Africa Football (Caf) Women’s Champions League.

The competition, bringing together eight women football clubs from the Cecafa region, was rescheduled for August 28 to September 9 in Nairobi.

In Group "B", Vihiga will face Commercial Bank of Ethiopia and South Sudan’s Yei Joint Stars.

Vihiga’s opening match in the qualifiers will be against Commercial Bank of Ethiopia on August 28. The group matches will end on September 3, before the semi-finals are played on September 6 and final three days later.

The winner of the Cecafa Zonal qualifiers will clinch the sole ticket to the Caf Women’s Champions League reserved for the region. The competition will take place in Egypt in November and December.

Egypt will field a team by virtue of being host. The best loser from the zonal qualifiers will also get a slot to make a total of eight teams.

What Happens When You Do Not Pray