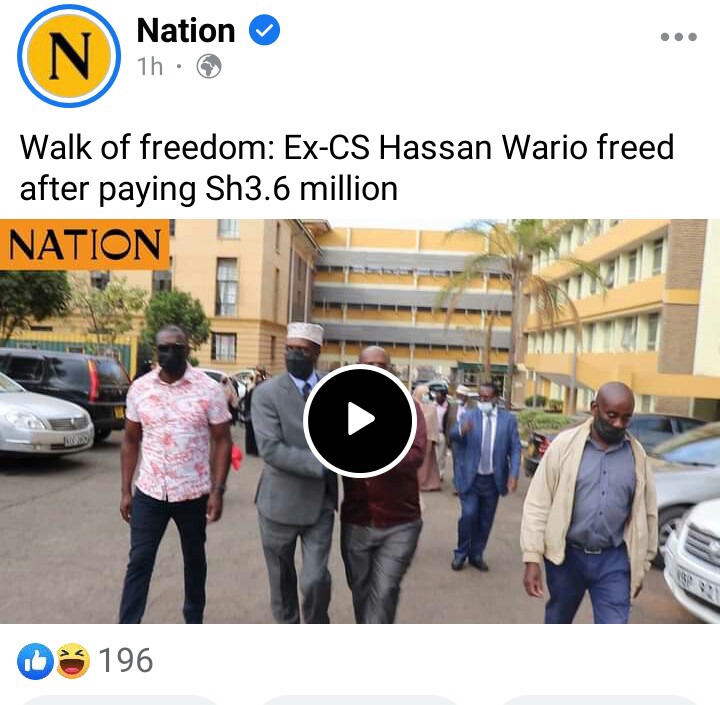 Moments after court's ruling, Wario was freed after he paid the said amount.

In a video which has continued to attract mixed reactions, he is seen being escorted by a group of people beloved to be his close friends and relatives to his black land cruiser after he was released.

Wario and his co-accused Stephen Soi, the former National Olympic Committee of Kenya official were found guilty of corruption and abuse of office over the 2016 Rio Olympics scandal.

Soi was given an option to pay ksh103 million or face spend ten years behind bar. He is yet to be bailed out.

Wario was accused of illegally including three people in the list of delegates who traveled to Rio for games. Magistrate Elizabeth Juma noted that Wario had wasted resources on the three people yet it was not included in the budget.