By Desmond Ojala (self media writer) | 4 months ago

Denis Zakaria was loaned out to Chelsea by Juventus on transfer window deadline day, a deal that happened unexpectedly owing to the fact that he only joined the Serie A outfits back in January.

Zakaria admitted that him and his agent were looking for a premier league move after his continuous struggle in Italy and according to the Switzerland midfielder, Chelsea was not his only potential destination. 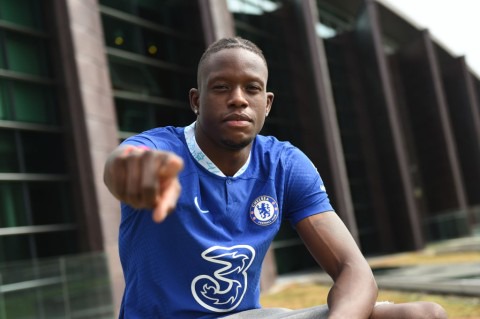 He could have moved to Liverpool too because they were also looking for reinforcements in the midfield, he heard that from his agent but Chelsea was his final destination.

The Swiss added that it happened so fast and he did not know that a move to Chelsea would have been possible, a deal he only knew six hours to the closure of the transfer window.

He believes he will be happy in England and it's difficult to tell what was wrong at Juventus, he added that maybe it's the style of play because they say deep and he is a player who always wants space to run into.

The blues have an option to sign the Juventus loanee permanently at the end of the season. He moved to West London to play under Thomas Tuchel who unfortunately was dismissed a few days after he arrived but he believes could have a fresh start with Graham Potter.