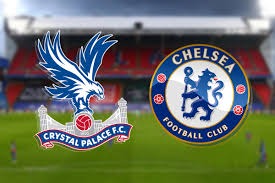 Tomorrow's afternoon trip to Selhurst park will be Graham Potter's first Premier League game in charge of the Blues. The London giants are currently sitting at the seventh position after a slow start in the 2022/23 premier league campaign.

Conor Gallagher is set to be re-united Palace after spending a season long-spell at Selhurst park during the last campaign. Palace secured a goaless last time out draw against Newcastle before the International break. Patrick Viera's side has managed to record a win, three draws and two loses in their last seven games. Chelsea on the other hand have managed two wins, lost thrice and a registered a draw across all competitions.

Graham Has only been in the dug out for Chelsea in one match when his side secured a 1-1 draw with RB Salzburg in the Champions League. He has taken charge of a side who have only managed two wins from their last seven games across all competitions. The Blues have lost each of their last three away games in all competitions this season and Graham Potter will be optimistic to secure his first win away from home.

James Tomkins has recovered from a calf problem and is in line to feature for Palace. Jack Butland, Nathan Ferguson and James McArthur will miss tomorrow's home fixture against Chelsea with hand, foot and groin injuries respectively.

Guaita to start on goal. Ward, Andersen, Guehi and Mitchell to form the backline. Schlupp, Doucoure and Eze to play at midfield while Ayew, Mateta and Zaha will lead in attack.

N'Golo Kante has resumed training after being in the sidelines with a thigh injury, however, the Frenchman is still set to miss the London derby as Potter doesn't want to rush him. Mendy is also set to miss and Kepa Arrizabalaga will likely start at goal. Marc Cucurella and Carney Chukwuemeka picked up bugs and the trio won't travel with the rest to Selhurst Park.

Kepa to start on goal. Fofana, Silva, Koulibaly and James to form a back-four. Jorginho, Kovacic and Chilwell will play at midfield while Mount, Aubameyang and Sterling will play in the final third.

'I am A product Of Failed Marriage.' Ann Nkatha Reveals How She Met The Wajesus Family.