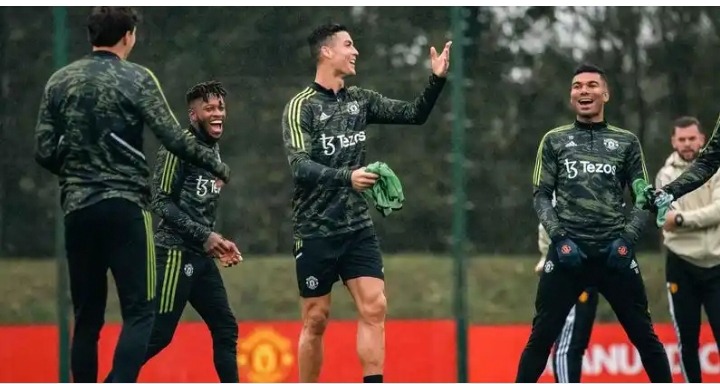 The majority of Manchester United supporters believe Cristiano Ronaldo will be the difference in tonight's match against Omonia Nicosia in Cyprus.

Ronaldo will be the Reds' first goal scorer at the GSP Stadium, according to a sizable portion of players in our app's United Predictions game, with 41% of participants picking the Portuguese striker to open the scoring. 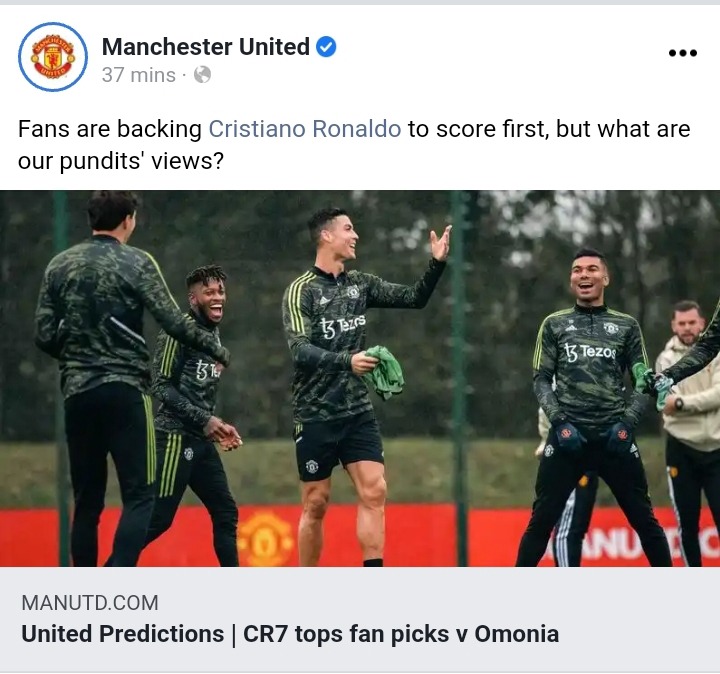 Both Antony (15%) and Anthony Martial (21%) are popular first-scorer options in our game after scoring in the weekend's 6-3 loss to Manchester City.

Christian Eriksen, the Player of the Month for September, is in second place with 19% of the vote, trailing Ronaldo in the Man of the Match predictions with 24%.

Over one-third of users predicted Erik ten Hag's team would win 3-0 in the Cypriot capital, so it seems like you're all confident in an away victory there as well.

However, what are our pundits saying before you make your United Predictions to be eligible to win a personalized 2022–23 home jersey? Click here to see.

“I think Luke Shaw and Anthony Martial will be given starts by Erik ten Hag, but I don’t expect the manager to change his side too much. Bruno Fernandes will be the key man but I’m predicting that Marcus Rashford will score the first goal and United will run out 4-1 winners. Let’s hope I’m right!”

“I’m saying that Erik will stick with the team that finished the game against City on Sunday, so that’s De Gea in goal, behind Dalot, Lindelof, Martinez and Shaw. Eriksen, Fred and Casemiro will play in midfield, with Antony, Fernandes and Martial in attack. Martial scored twice at the Etihad and I’m backing him to open the scoring tonight. I think it’ll be 3-1 to the Reds, with Eriksen contributing another Man-of-the-Match performance, following his exploits in Moldova.”