By PoliticalNewsAnchor (self media writer) | 3 months ago 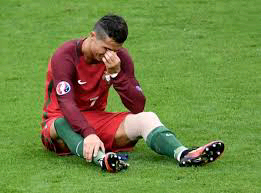 Manchester United being one of the renown Football Clubs in English Premier League who has alot of EPL trophies. The Red devils are set to take Omonia Nicosia in the Europa league on thursday.

Manchester United Coach Erik Ten Hag while doing a pre-match conference on Wednesday admitted that Chriatiano Ronaldo always get frustrated when he is benched without even given a chance to play for his team, but he insisted that he is always happy at Old Trafford. 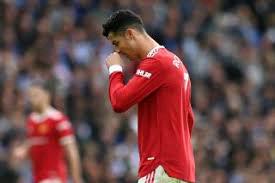 The just concluded summer Transfer Window was dominated with alot of rumours and speculations that Portugal's all time goal scorer will end his football career in Manchester United after being linked with team like Chelsea, PSG and even his former club Real Madrid

However it seems the 37-year old striker could start his 4th appearances in all competition when Manchester United will be talking on Omonia Nicosia in the Europa league.

This comes after Christiano Ronaldo was left on the bench for Sunday's derby clash that saw Manchester City beating their arch rivals 6-3 in Etihad stadium, leading to renewed questions about his future before the trip to Cyprus.

"I never talk about my conversations with the players," United manager Ten Hag said at his pre-match press conference.

"They are between us. That's quite clear.

"But when I tell you all the players, when you're here and you're happy, or satisfied, when you're on the bench, this is not a club where you have to be, and especially Cristiano.

"He's really competitive, as we all know. He's not happy of course when he's not playing.

"But I already said and, I have to repeat, he's training well, he has a good mood, he's motivated and he gives his best. That is what we expect."

Defenders Harry Maguire and Raphael Varane are among the absentees for United's trip to Cyprus.

The club are second in Group E after defeat against Real Sociedad and a win against Sheriff Tiraspol. Source link: https://supersport.com/news/6b33d07a-ba1e-406c-87d4-b99df17f48e3