Several players have been linked with a move to Old Trafford this summer ranging from Central defence, Right back Central midfield and a striker

Here is the players in each department come next season 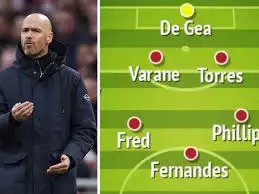 David de Gea remains undisputed stopper at Old Trafford. His presence between the sticks has made  Dean Henderson services at the club limited , he could be on a move out of the club on loan basis this summer.

Lee Grant has retired and will need replacement. Watford stopper Banchman, is among the suitors considered to inherit Dean Henderson at Old Trafford this summer

At the right back position both Aaron Wan-Bissaka and Diogo Dalot regarded as short of supply, and this shows that a new right back is on the transfer list . The Red Devils have hijacked Olympique Lyon's chance of signing a 22 years old left back, Tyrell Malacia from Amsterdam club ,Feyenoord.

In central defence, Raphael Varane will remain part of the side, while Harry Maguire is not considered as ideal partner for Varane . However, Lisandro Martinez Jurrien Timber is on the club's radar and is someone who could provide the England international with competition.

Luke Shaw is expected to sign a new contract, with his current deal set to expire in 2023.

Paul Pogba, Nemanja matic , Lingard and Juan Mata have departed from the club after the expiry of their respective contracts. Manchester United are still monitoring the deal for Barcelona's and Dutch midfield maestro Frenkie de Jong and a free agent Christian Eriksen from Brentford

Bruno Fernandes was United's most creative midfielder since his arrival from Sporting Lisbon in the January transfer window of 2020 and will remain a regular part of the team. But with imminent arrival of free agent the Danish midfielder Christian Eriksen , the competition for the attacking midfield will be high between the two players.

Cristiano Ronaldo will be remaining at the club even though man utd will be out of Champions league football next season with the departure Edinson Cavani and still suspended young English striker Mason Greenwood over rape case, United are reportedly in contacts with Ajax and Brazilian striker Antony who will provide fresh energy at the attacking front thus easing the burden from Cristiano Ronaldo’s shoulders as the only source of goals at the club 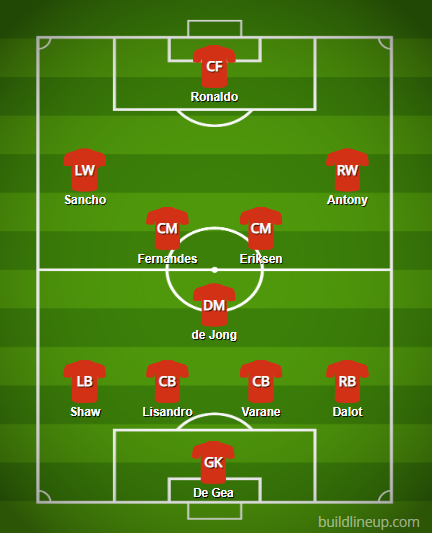 Club Reportedly Ready to Sell Target to Arsenal for £34m

" I'll Play for Man United for Free", Striker Reveal Ahead of Move to Old Trafford

Darwin Nunez's Market Value Evolution Since 2019, Will He Be The Top Scorer In EPL This Season?