By Crucialjemo (self meida writer) | 25 days

The premier league competition for top awards has started gearing up after matchweek two elapsed. At the moment West ham United is topping the table after securing 6 points in two matches with a goal difference of 5. They are tied up with Champions league winners Chelsea who also have six points in two matches. West ham United Michael Antonio leads the top scorers list after he overtook Manchester United Bruno Fernandez who scored a hat-trick last weekend. Antonio scored scored a brace in their 4-1 win against Leicester on Monday night to take his tally to 3 goals and 2 assists. 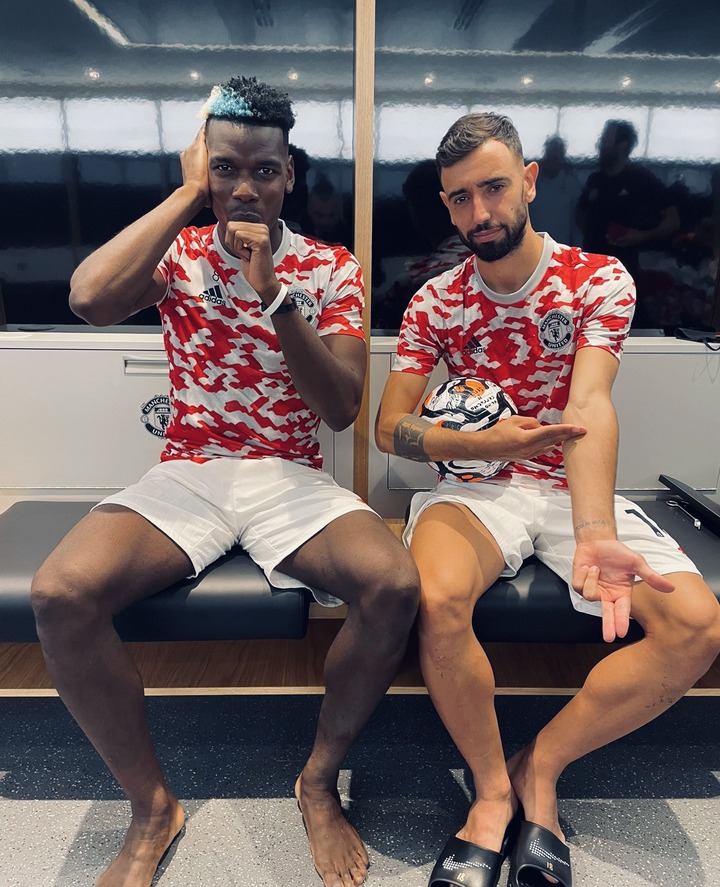 With just one weekend remaining in the month of August, here are the to ten contenders for the August player of the month award;

The west ham forward has now scored 3 goals and assisted twice in just two matches. He is the top contender for the award.

Manchester United midfielder Bruno Fernandez scored a hat-trick in Uniteds opening match in a 5-1 victory against Leeds. He become the 10th player to score a hat-trick in Epl opening matches. If he scores against Wolves he will give Antonio a tough competition for the award.

Mohamed is the second west ham player to be in this list. He has scored two goals and assisted twice.

Manchester United maestro become only the 7th player to register four assists in a single match in the English premier league history. He has now assisted 5 times in two games. A score for home against Southampton can enable him win the award.

Liverpool forward has scored one goal and assisted twice. Another goal for Liverpool as they face Chelsea will boost his chances of winning the award.

Manchester United young star has now scored in each of United two premier league games. On Sunday he save the red devils as he equalized Southampton goal to make it 1-1, he has a chance to win if his form continues.

He has helped Everton by scoring two goals in two matches. If he continues with this form he will be a threat for the award too.

Brighton have won their first two matches courtesy of Neal. He has scored in each of their two matches.

The English international has scored two goals for Aston villa in his first two Epl matches since he was signed from Southampton.

Diogo has scored two goals for Liverpool. If he scores against Chelsea on Sunday, he will boost his chances.