By Isapredictsports (self media writer) | 2 months ago

Ecuador vs Senegal. The Senegalese are winless against any team from South American sides at the World Cup competition.They’ve only won the possession. Ecuador have faced only one shot on target across their opening two games in this competition. Main striker Enner Valencia has scored in the last six World Cup goals. 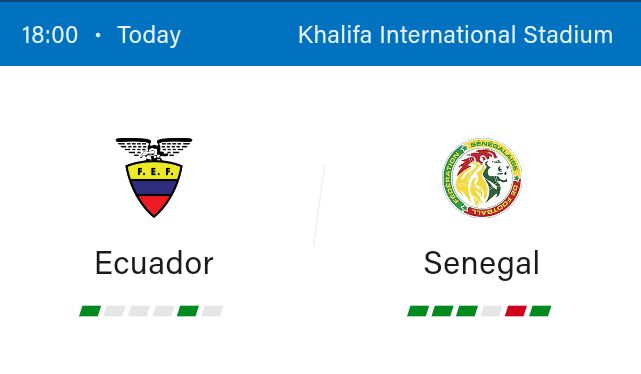 Senegal kept their hopes of making the last 16 alive after a 3-1 win over the hosts. It’s been a tough tournament for them after losing Sadio Mane to injury.

Ecuador have four points from their first two games and they are in pole position to book their place in the next round.

Senegal completed 432 passes in their second game which was125 more than they have in any other match at the World Cup.They were playing a poor side who are on course to be the worst-performing hosts in the history of the tournament. 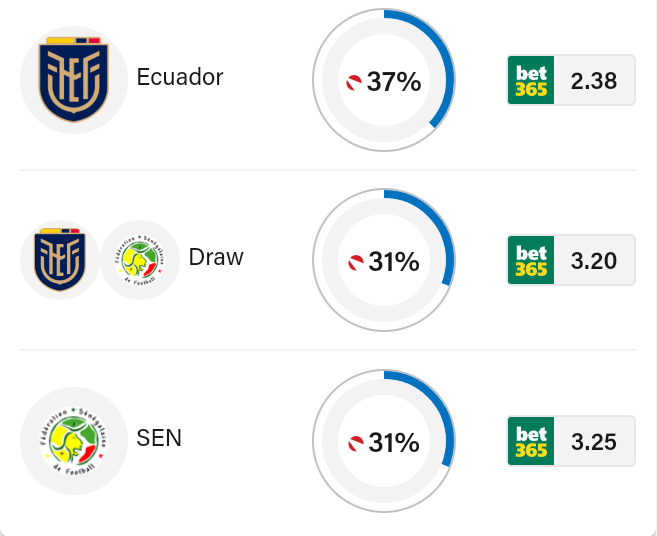 Ecuador have faced just seven shots in their two World Cup group stage matches.They are clearly organised, given that they faced 55 shots and 20 on target in their last group stage at the World Cup in 2014.

They look defensively strong and up front they’ve got arguably their great ever goal scorer. He has scored each of Ecuador’s last six goals at the World Cup, with his six goals in the competition. They look to him to make the difference and he’s set to return after an injury scare, so back him to strike against Senegal. 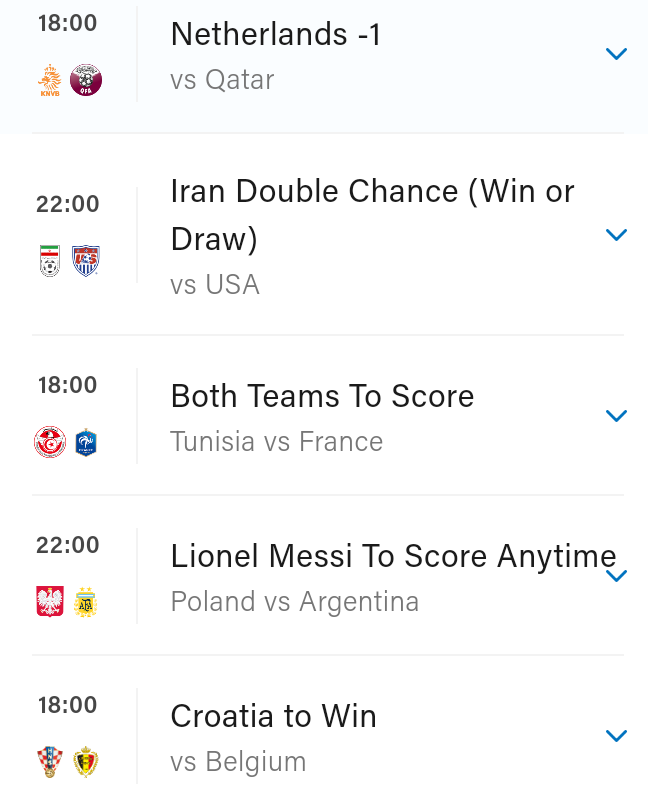 Given how composed Ecuador have looked so far, they should edge this clash with Senegal. The South American side look well set up, they’re good in possession and capable of defending well and they face a Senegal side who struggle to take the game to opponents at this level. Ecuador should prove too strong, with a 1-0 win our correct score prediction.