The round 15 matches of the 2021/22 Premier League matches were played this weekend with Manchester City and Liverpool getting a win to go above Chelsea who lost to West Ham. 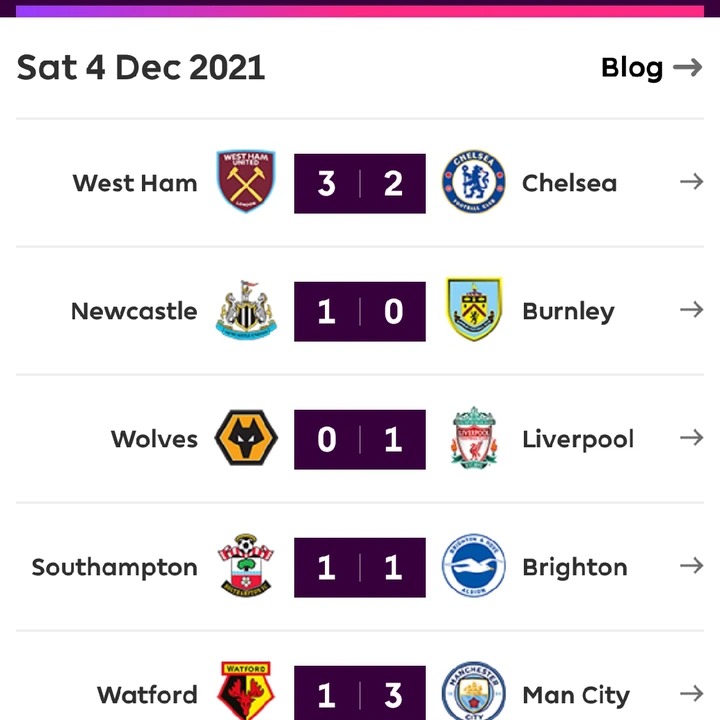 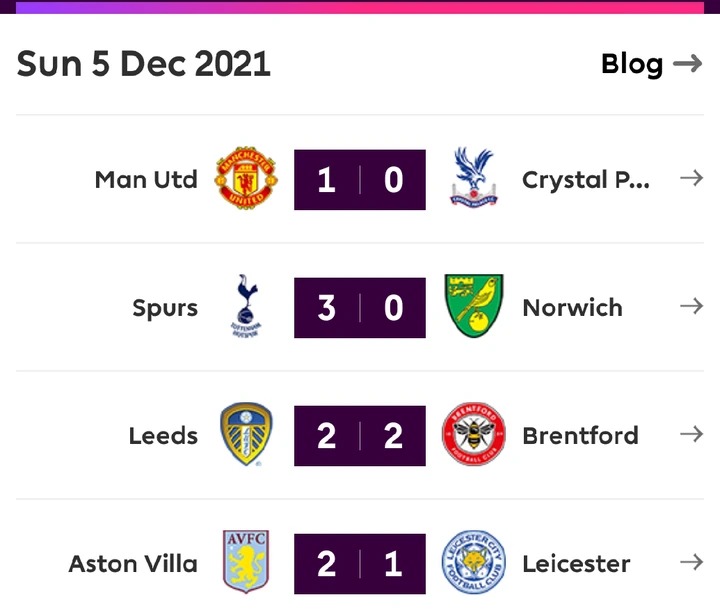 Today, we look at the best players in the Premier League over the weekend in every position. 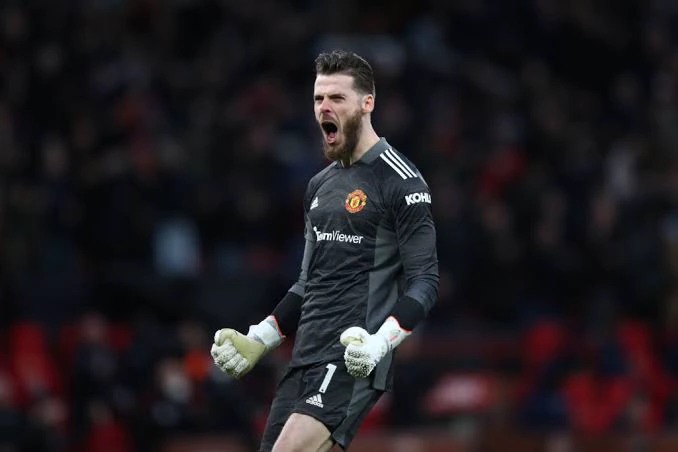 The Spaniard was impressive against Crystal Palace on Sunday to help Manchester United keep a clean sheet. (Rating - 8/10) 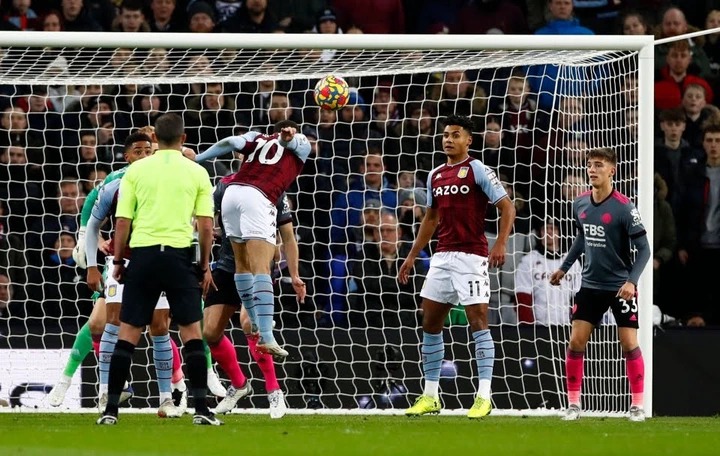 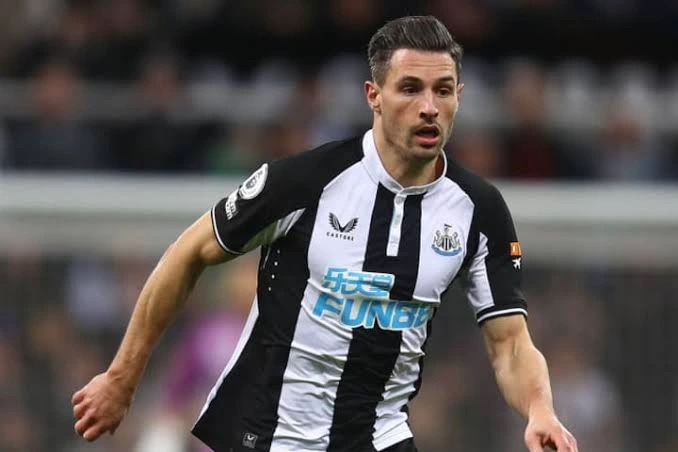 Newcastle United registered their first win in the Premier League this season and also kept a clean sheet. Fabian Schar was solid at the back to ensure that Burnley could not find a way to score throughout the match. He also provided the assist for Wilson's goal. (Rating - 9/10) 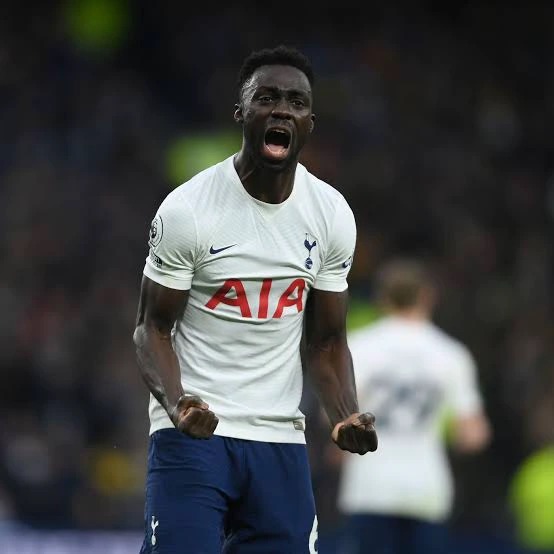 The Columbian center back was impressive for Tottenham as he featured on the right-hand side of Antonio Conte’s back three to help Antonio Conte get all the 3 points. He scored Tottenham's second goal and also kept a clean sheet. (Rating - 10/10) 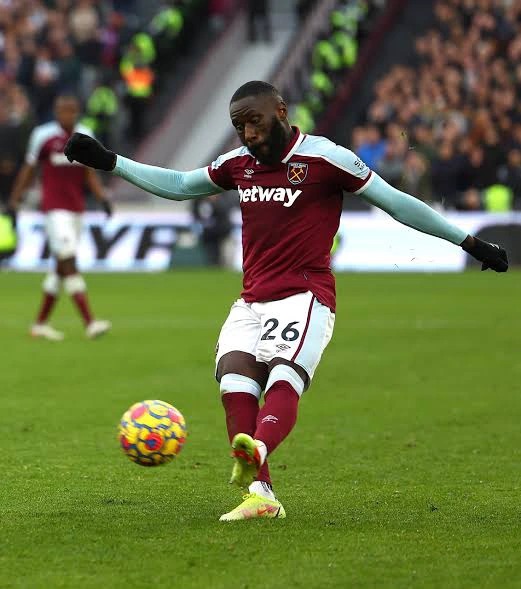 Arthur Masuaku was introduced in the second half for their match against Chelsea. Masuaku scored an outstanding winner for the Hummers which emerged as the match-winner against Chelsea. He helped West Ham cement their top 4 spots. (Rating - 9/10) 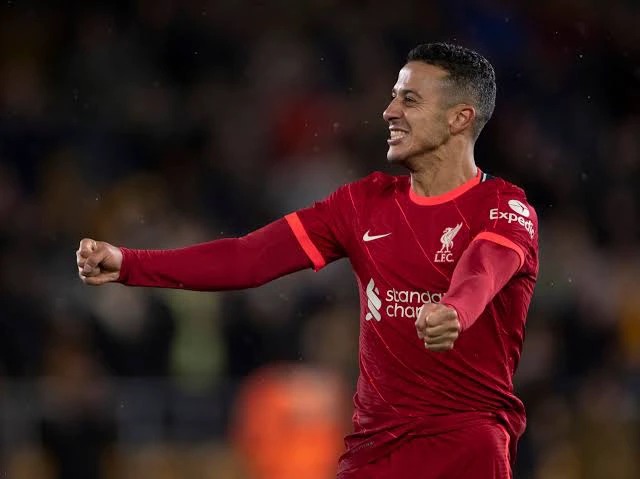 The Spanish midfielder controlled the tempo of the game for Liverpool in the midfield against Wolves. He helped the Reds keep a clean sheet and carry all the 3 points. (Rating - 8/10) 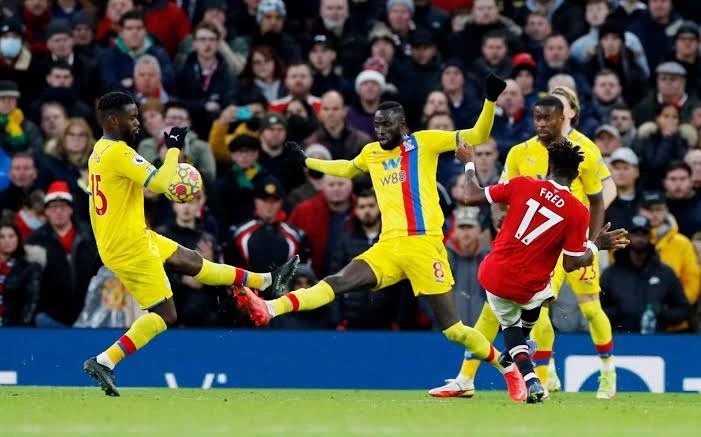 The Brazilian international scored an outrageous goal for Manchester United against Crystal Palace on Sunday to hand Ralf Rangnick a win in his first match as Manchester United manager. Fred was also solid in the midfield with some excellent tackling and passing. (Rating 9/10) 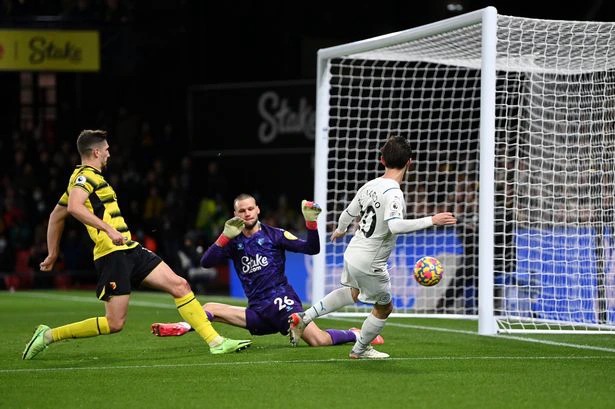 Bernardo Silva was impressive for Manchester City once again scoring twice to help Pep Guardiola get a 3-1 win over Watford and go to the top of the table. (Rating - 10/10) 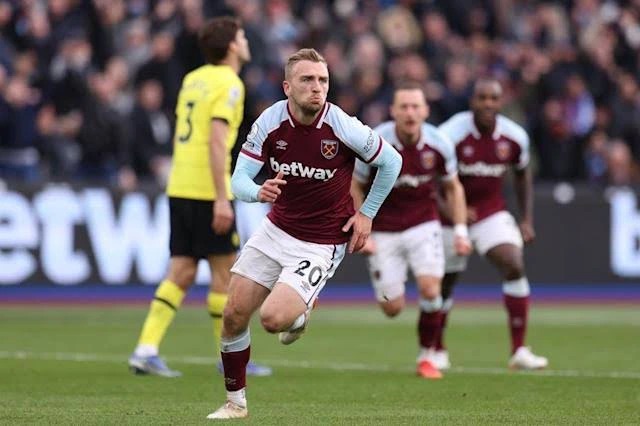 Jared Bowen was a thorn in the flesh for Chelsea throughout their encounter on Saturday afternoon and scored West Ham's second goal in their 3-2 win over the European Champions on Saturday. (Rating - 9/10) 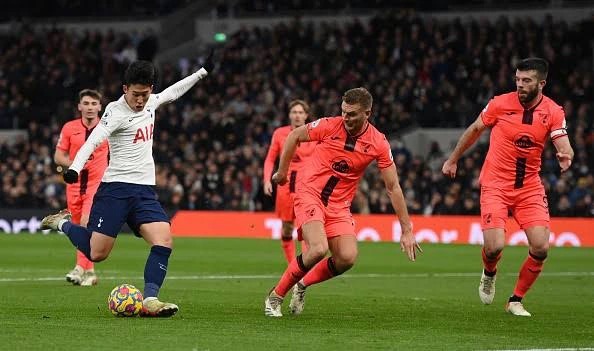 Son scored and assisted in Tottenham's match against Norwich on Sunday. (Rating - 10/10) 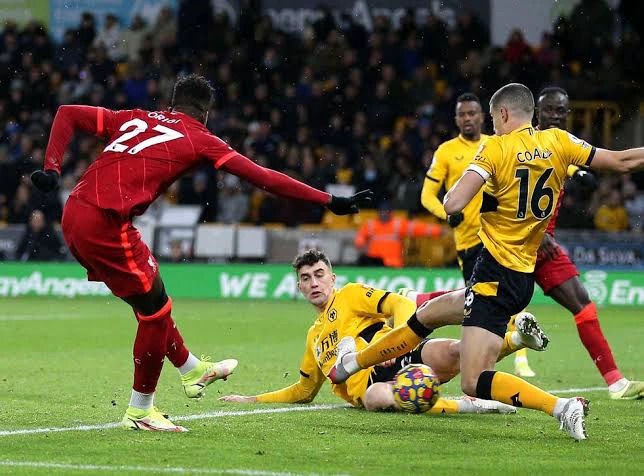 Divick Origi once again displayed his super-sub attribute against Wolves on Saturday. The Belgian scored at the last moment of the match to give Liverpool a 1-0 win. (Rating - 9/10)

In a 4-3-3 formation, below is our Premier League team of the weekend. 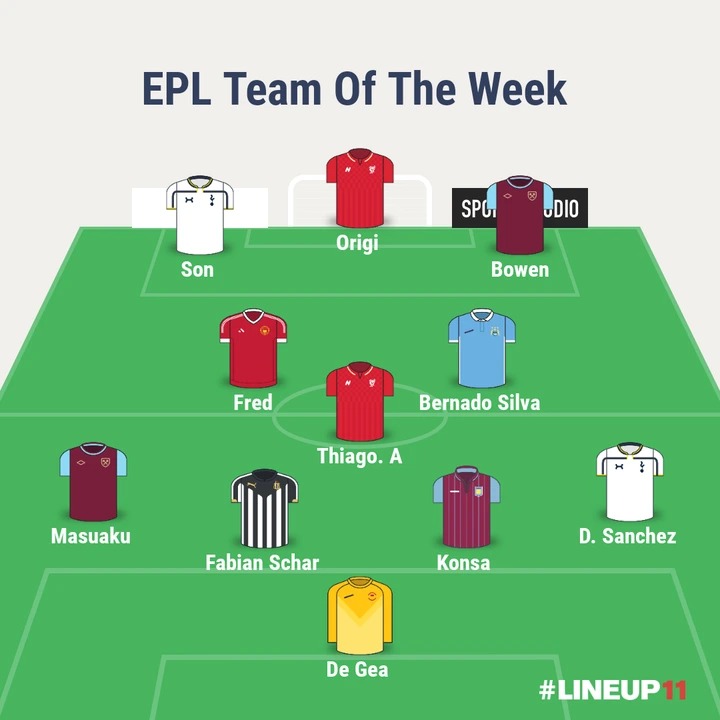 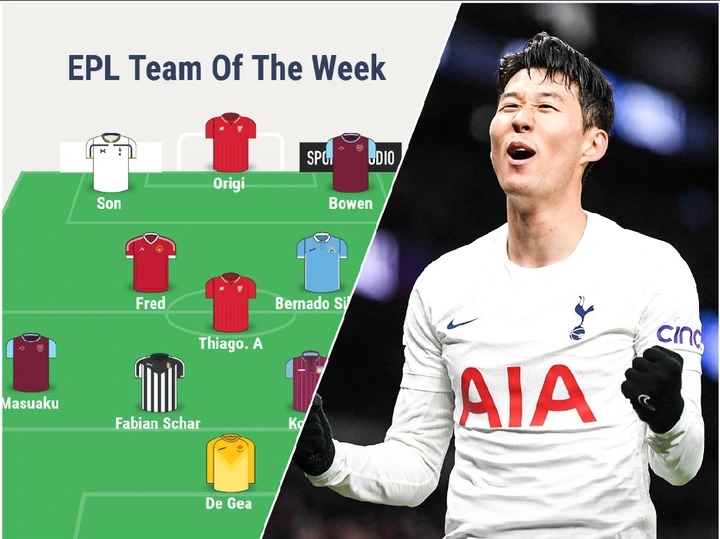