"I Have The Most Influential Defender" says Thomas Tuchel

Chelsea club's head coach Thomas Tuchel has today deliver his verdict concerning the future of his Brazilian defender at Stamford Bridge according to the England Sky Sports News today morning. Thiago Silva has been a club's main defender especially this season and he has played a primary role in ensuring Chelsea's success. 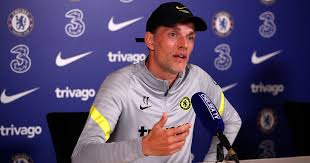 According to the trusted England sports news, Thomas Tuchel claimed that Thiago Silva's time at Chelsea won't end soon despite his age. The German tactician claimed that age is just a numeric value but what matters alot is the physical fitness of a player. Thiago Silva is currently 37 years and he still more stronger physically.

"I know that Thiago will remain with us beyond next season. He is still stronger physically and fit despite his age" says Thomas Tuchel according to the England Sky Sports News today morning. 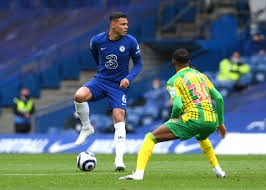 Tuchel further claimed that Thiago Silva is an influential player who always drives the whole squad towards the achievement of positive results. Even though he has only spent almost two seasons at Chelsea, Silva's name will be penned in Chelsea's legendary books for his great contribution to the club.

"One thing I like from Tuchel is his ability to control and coordinate the team. He is an influential player and has given us positive results every time" Tuchel added according to the England Eurosport news today morning. 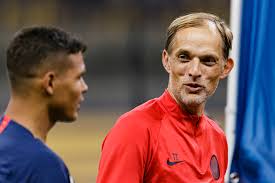 Thiago Silva joined Chelsea last season after successfully completing his permanent free transfer move from Paris Saint German. At the start of the season, he had signed a year contract that will expire at the end of this season but with optional extension. Thomas Tuchel believes that Thiago Silva will extend his contact stay at Stamford Bridge beyond next season.