By TaylorNews (self media writer) | 21 days ago 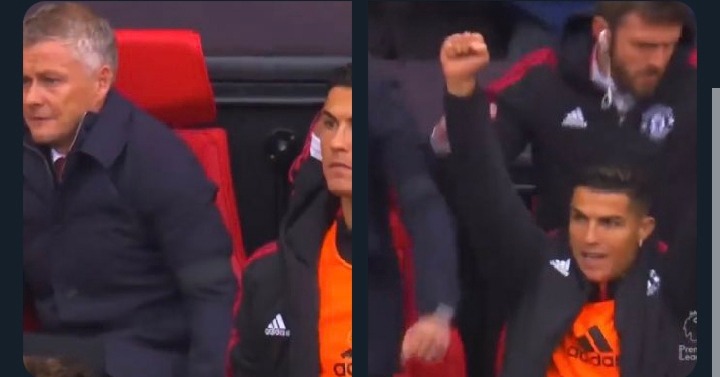 Ole Gunnar Solskjaer made several changes to his squad which was different from the team that faced off Villareal over the week on the UEFA Champions league.

Antony Martial and Edinson Cavani were given their first start of the season, with several Manchester United fans feeling that Martial selection was not the best as he had not netted a goal since February.

Manchester United begun the match on a high note as they pressed Everton high. The visitors played a rather open game, but sometimes defended more and utilised counter attacks. 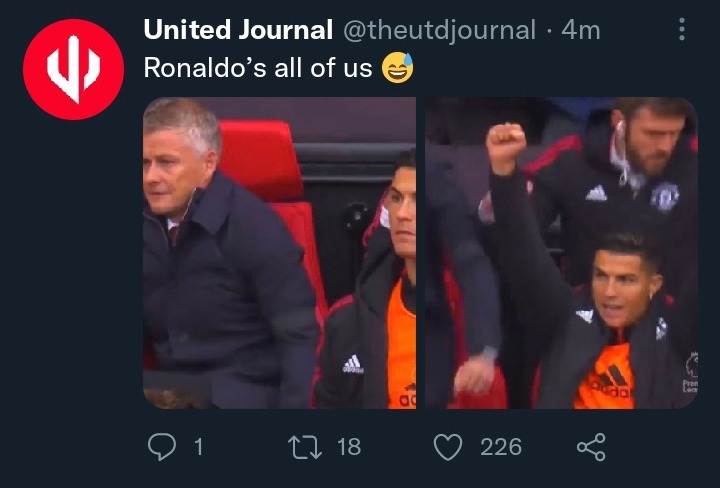 Manchester United created two goal scoring opportunities which Antony Martial and Edinson Cavani could have scored if not for the brilliant defense.

However, in the 43rd minute, Manchester United broke forward very quick and caught the Toffees off guard as Bruno Fernández provided the ball to Antony Martial who banged his first goal since February.

Every Manchester United player plus those in the bench joined in celebrating the goal for Antony Martial. Cristiano Ronaldo who was benched for the Frenchman was seen enjoying the goal scored as he applauded Antony Martial's great performance.

Take a look at the photos: 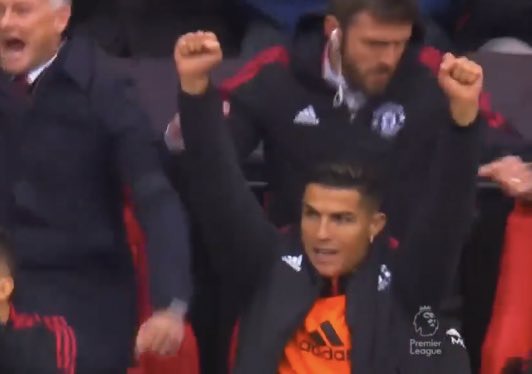 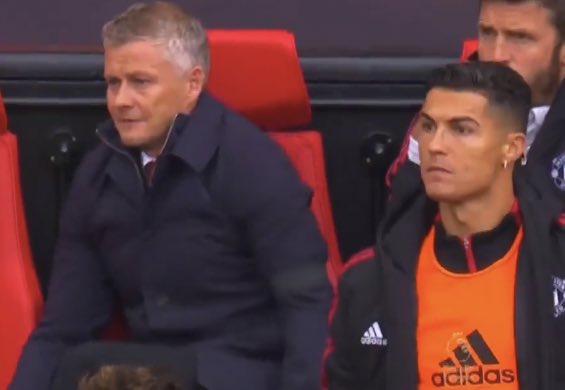