By RonnyMasiga_1 (self media writer) | 3 months ago

English giants, Manchester United are busy trying to solve the future of their players especially those who are reportedly unhappy and would like to get playing time. 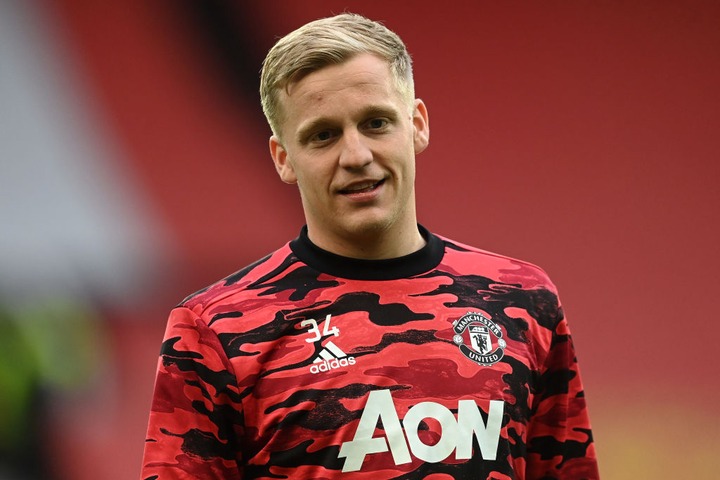 Antony Martial was the first to leave after sealing a move to Spanish side, Sevilla. The Frenchman saw his move completed on Tuesday after an agreement was reached between the two clubs. Holland international, Donny Van De has veen restless after lacking playing time at Old Trafford. Donny, who joined from Ajax saw his chances reduce under former manager, Ole Gunnar Solskjaer and the situation is still not promising under interim manager, Ralf Rangnick.

With the transfer window now open, Van De Beek has been linked to moves away to other clubs with sources reporting that Crystal Palace are front runners to sign the Midfielder. Manchester United have however issued a demand to be met for any team interested in getting the Netherland international.

United are reportedly asking for a full salary to be paid by interested teams as they look to reduce their salary budget. "Crystal Palace have submitted straight loan proposal tonight it's now a direct negotiation with Man United. There are also other clubs interested. Manchester United want full salary paid until June to let him leave - no buy option." A source reported from Manchester United.

What Murathe Has Now Said About Kalonzo- VIDEO