Three Mistakes That Chelsea Made To Lose Against Juventus

By Labancreatives (self media writer) | 3 months ago 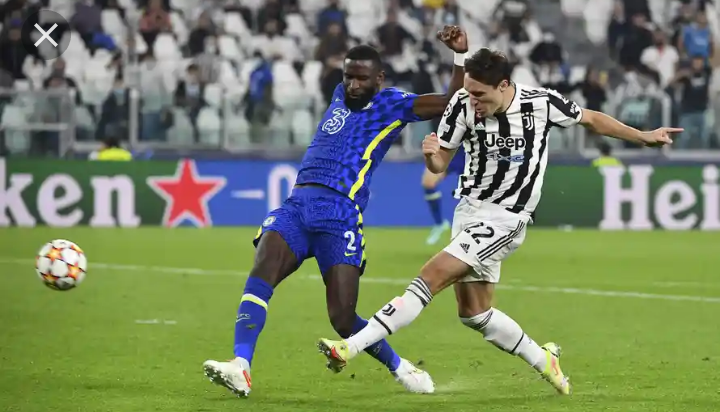 Premier League giants Chelsea suffered a disappointing 1-0 defeat against Juventus in their Champions League Group H clash on Wednesday. The Blues, who were away from home in Turin, succumbed to defeat after a goal from Federico Chiesa just 10 seconds into the second half.

Both Chelsea and Juventus were slightly wasteful in possession during the opening exchanges of the game. However, it wasn't really difficult to spot how the pattern was emerging on the pitch. While Chelsea enjoyed getting on the ball, Juventus were happy to sit back to try and hit the visitors on the counter. Here are some of the mistakes that Chelsea made to lose against Juventus.

1. They underestimated Juventus. Chelsea looked Juventus as underdogs and went foward to play recklessly without being alert and solid as they always play. This was seen by the way they passed their balls risking being intercepted by their opponents.

2. Chelsea Defenders kept on moving forward without leaving one player to avoid counter attack. Juventus relied on counter attacks as Chelsea had the high percentage of the possession.

3. Chelsea lost concentration during the start of second half which saw Juventus use the opportunity to punish them.