Bundesliga outfit Hertha Berlin have sent premier league giants Arsenal a reminder of the quality their midfielder Matteo Guendouzi who is spending the season with the German side with possesses.

The fiery talented frenchman was loaned out to Berlin after his spat with Brighton's Neal Maupay with Mikel Arteta terming his behaviour unacceptable and their is every possibility he could be sold by the club.

Arsenal may however have to rethink their transfer strategy for the summer as it appears Matteo could be a missing piece of their jigsaw in the middle of the park with the club reported to be in the market for a central midfielder. 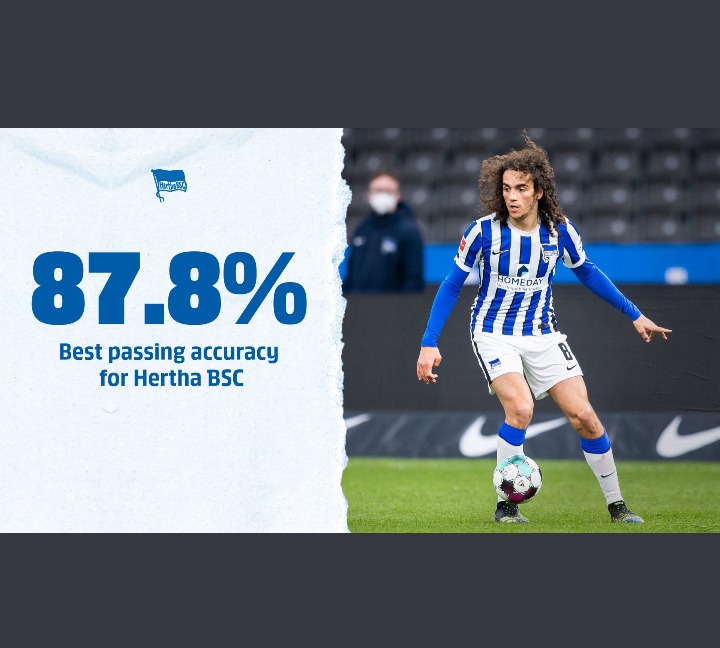 The club could be switching to a 4-3-3 formation next season as it is understood to be Arteta's preferred formation but a lack of proper personnel has seen the tactician tweak with different systems to accommodate the player at his disposal.

Matteo has had an exceptional season at Berlin who have admitted that no midfielder in their squad boasts of a superior passing accuracy than the France U21 pass master.

The midfielder has a further two goals this season which is more than both Granit Xhaka,Thomas Partey and Danny Ceballos combined which indicates it would be harsh to dispose the midfielder rather than give him another chance.