By @waweru (self meida writer) | 1 months

Leicester City welcomed Arsenal in the early Kick off of the Sunday game at 3pm Kenyan time. Leicester scored an early goal thanks to Tielemans who scored in the 6th minute of the game. Arsenal showed a fighting spirit where David luiz equalised in the 39th minute of first half. Lacazette made it 2-0 in the 45th Minute 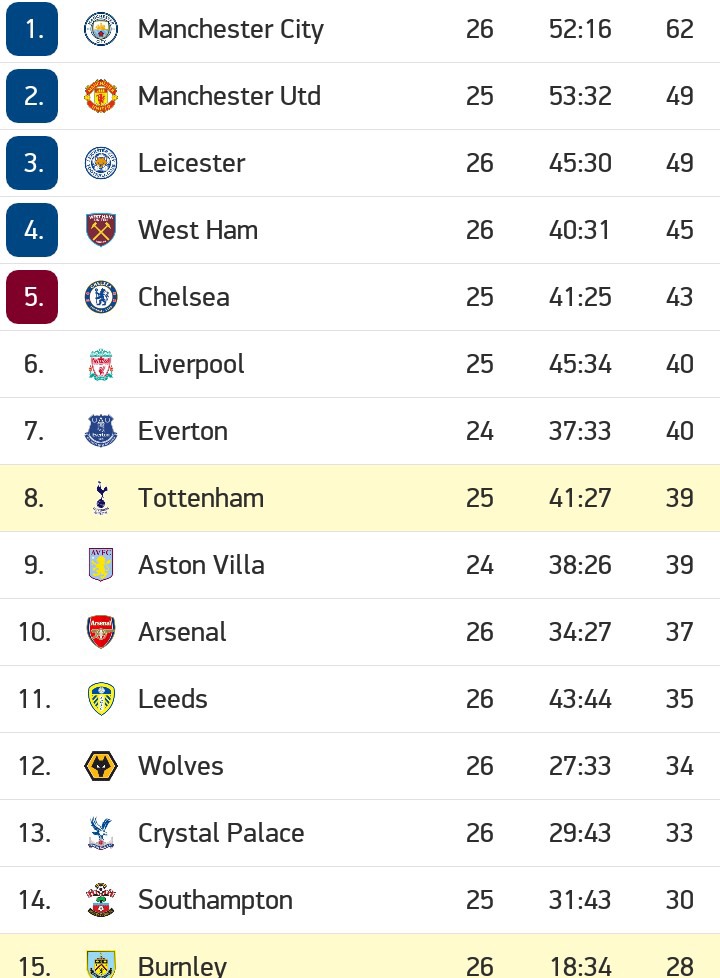 In the second half Pepe made three after an impressive counter attack. Arsenal are still in position 10 with 37 points.

In another game,Tottenham have thrashed Burnely four goals. Gareth Bale opened the goal scoring just after 2 minutes of the start of the game. Harry Kane made it two at the 15th minute of the first half. Lucas Moura made it three goals after 31th minute of the game. Finally Gareth bale scored a brace in the 55th Minute.

Content created and supplied by: @waweru (via Opera News )

The Chelsea U-18 Player That is Slowly Becoming The Next Eden Hazard, Set For Debut Next Season

Manchester United Latest Updates: United in Talks With Liverpool, Cost of Getting Rid of Glazer's